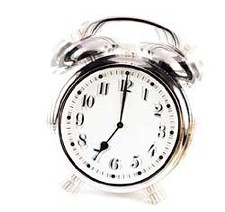 And you thought that buzz on your alarm clock was a cruel way to start the day.
Attention Evening Whirl, police in East St. Louis have this week's cover story for you.

It's the tale of the three adults in East Boogie who awoke Saturday to a gunman shooting them in their sleep.

The incident occurred early Saturday in a home in the 2700 block of St. Louis Avenue in East St. Louis. Police responded to a call of multiple shootings around 4 a.m. When they arrived, they found two men and a woman shot in their legs and arms.

The victims -- in stable condition at a local hospital -- told authorities they knew the gunman and woke up to the sound of him shooting them.

As of yesterday the suspect has not been apprehended.