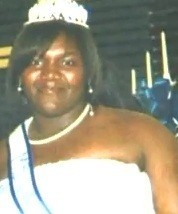 Sarah Billingsley-Walker, honor student, homecoming queen and co-valedictorian.
Sarah Billingsley-Walker, Vashon High School's homecoming queen and co-valedictorian, was found strangled in a home in the 3700 block of North 21st Street on Monday night. A suspect is in custody, reportedly her 17-year-old boyfriend, but that is unconfirmed.

Billingley-Walker had just celebrated her eighteenth birthday on March 4. She was a member of the National Honor Society, and had already been accepted as a student at four different colleges. Police continue to investigate the crime.