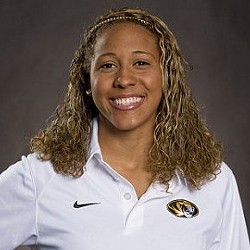 Police in Columbia launched an investigation Monday into the 2010 sexual assault of Sasha Menu Courey, a University of Missouri athlete, after an ESPN report detailed why school officials never launched their own probe into the alleged assault.

Menu Courey, a top recruit on the Mizzou swim team, committed suicide in 2011.

After a sixteen-month investigation, ESPN released a story Friday accusing Missouri athletic officials of breaking federal laws when they did not open an investigation into Menu Courey's assault.

She told friends and her medical team she was raped by one or more players on the MU football team.

U.S. Senator Claire McCaskill, a former sex-crimes prosecutor now making national headlines for her ferocious approach to ending sexual assault in the military, responded publicly to the story, calling on Mizzou, her alma mater, to open an official inquiry.

"We must create a safe space for all women to report sexual assault to law enforcement, and no matter who the alleged perpetrator is, there must be a thorough and professional investigation," McCaskill says. "There are real questions about why none of that happened in this case, and it's important the university figure out why and what must be done to fix it."

For the first time since the alleged rape four years ago, police announced Monday an investigation into Menu Courey's assault. The University of Missouri Police Department reported the rape possibly occurred in the 600 block of Huntridge Drive in Columbia, which is off of campus, so the Columbia Police Department, not school police, will investigate.

University president Timothy Wolfe launched a school-wide investigation on Sunday. Wolfe asked the board of curators to hire outside independent counsel to look into the school's conduct during the case and ordered a comprehensive review of campus policies and procedures for sexual-assault and mental-health services.

ESPN accused Mizzou administrators of failing to act when they learned Menu Courey was assaulted, which violates two federal laws: Title IX, enforced by the U.S. Department of Education, which requires a school to take immediate and appropriate action after learning of sexual violence; and the Clery Act, which requires campus officials with responsibility for student life to report serious incidents of crime to police.

Menu Courey's nurses, doctors and counselors couldn't report her rape because of medical confidentiality, but, according to the ESPN "Outside the Lines" report, staffers in the athletic and student-conduct offices could. And they didn't.

Continue reading for the University of Missouri's response to ESPN allegations that school administrators wrongfully stayed silent about a student athlete's assault.