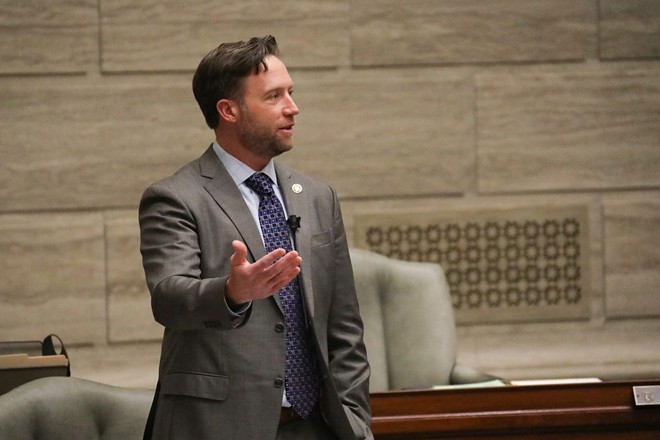 The Missouri Senate gave first-round approval Tuesday to a $335 million income tax cut over objections from liberal members who saw fiscal problems ahead and conservative members who wanted deeper cuts.

The bill, which needs a final vote before it moves to the Missouri House, is a pared-down version of the $700 million tax cut sought by Governor Mike Parson.

Senator Lincoln Hough, a Springfield Republican sponsoring the bill, said he thinks it will be acceptable to Republican House leaders.

“We’ve been working with House leadership all along the way,” Hough said after the Senate voice vote. “I would hope this got into a good enough place for both sides of the building.”

Parson called the special session after vetoing a plan for $500 million in tax rebates included in the state budget. He said the rebate plan was underfunded and that massive state surpluses should be answered with permanent tax cuts.


The bill granted initial approval by the Senate would reduce the top tax rate to 4.95 percent in 2023 and add four future reductions, triggered by revenue growth. When fully implemented, the top tax rate would be 4.5 percent.

Parson’s plan would have accelerated five cuts already planned in state law, making the top rate 4.8 percent for 2023. There were no future cuts in Parson’s proposal.

Parson’s plan would have also increased the standard deduction — earnings exempt from taxation — to almost $15,000 for individuals — and exempted the first $1,000 of taxable income beyond that.

The bill approved in the Senate does not increase the standard deduction but it does include the $1,000 exclusion sought by Parson.

The official fiscal note prepared for the Senate bill predicts it will reduce state revenue by $335 million more in 2023 than the cut already in place that would take the rate for the year to 5.2 percent. When fully implemented, the bill would cut taxes $371 million a year more than the cuts already mandated by state law.

But the Missouri Budget Project, a liberal think tank, believes the tax cut’s impact is actually much larger. The group calculates that the tax cut would reduce state revenue by $513 million in 2023 and $1.15 billion annually when fully implemented.

“Low income people are hit hardest by increasing rates of inflation,” said Jeremy Lafaver, lobbyist for the Missouri Budget Project. “If we were worried about their situation, they would have been considered in this bill.”

During floor debate, Democratic members said they were worried that the tax cut will force the state to spend the $4.4 billion general revenue to maintain current service levels. That is not enough, said Senator Jill Schupp, D-Creve Coeur, to help schools retain teachers and the state to retain employees.

The Missouri Children’s Division is suffering high turnover and low morale with caseloads as much as four times the standard, Schupp said. A tax cut that goes too deep can’t be easily reversed by lawmakers. 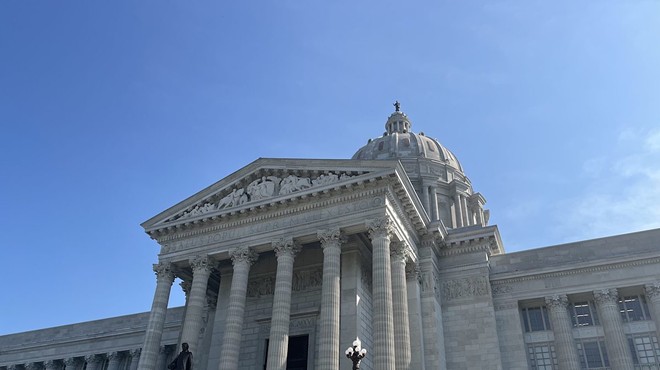 Missouri's Child Welfare Agency Is Dangerously Understaffed: More than half of frontline staff working in the children's division at the start of last fiscal year had left by fiscal year's end


“By doing something like this, my concern is, once it is in place, there is no going back without a vote of the people,” Schupp said.

Hough defended the tax plan as a prudent way to cut.

“I don’t think this bankrupts the state in any way,” Hough said.

The future cuts currently in state law will take effect if revenues for a fiscal year exceed the highest of the three previous years by at least $150 million. After the cut for 2023 mandated by the bill, a cut for 2024 would require a revenue increase of at least $175 million.

The three additional cuts would require a revenue increase of at least $200 million more than the highest general revenue receipts of the previous five years. Hough’s bill also raises the bar for those future tax cuts by making inflation adjustments to the revenue tested.

The fiscal year that ended June 30 saw record general revenue of $12.9 billion. If inflation is 5 percent per year, revenues in fiscal 2024 would have to be about $14.4 billion for a tax cut to take effect for 2025.

Senator Bob Onder, R-Lake St. Louis, said he would like to see Missouri eliminate the income tax. He offered a bill that would, over at least two decades, step the income tax rate to zero.

“Why not keep going until we get down to zero?” he asked Hough.

That may be a good goal, Hough said, noting the Republican majority has provided substantial cuts to tax rates already.

“I think we are working in that direction,” Hough said.

Democrats don’t like cuts that make permanent reductions in state revenue in response to a historic surplus created from an unlikely set of circumstances, Senate Minority Leader John Rizzo of Independence said.

But the bill could have been worse, he said.

“I do believe this is the best possible outcome that could have happened,” Rizzo said. “We won’t stop pointing those things out and we won’t stop pushing the majority party into spending money in the places we think we need to.”