Centreville resident Scottie Thompson, 41, was on parole for a 1989 murder when he allegedly killed a twenty-year-old Cahokia resident in a horrific beating over the weekend that prosecutors are labeling a "tragic, random act of violence."

Madison County State's Attorney Tom Gibbons charged Thompson yesterday with two counts of first-degree murder in the death of Dakota Jones, whose body was found in the floating in the lake of Horseshoe Lake State Park.

Police believe the suspect and murder victim had met for the first time that evening and that "Thompson beat Jones about the head with a blunt force object" before dumping his body -- which was discovered by three fisherman at around 5:45 a.m. on Sunday.

The fisherman, prosecutors say, called Pontoon Beach police, who brought in Illinois State Police officials to assist with the investigation.

According to the office of the state's attorney, Thompson and Jones had met that night in East St. Louis, "however, there is no indication that the two men knew one another prior to that time." 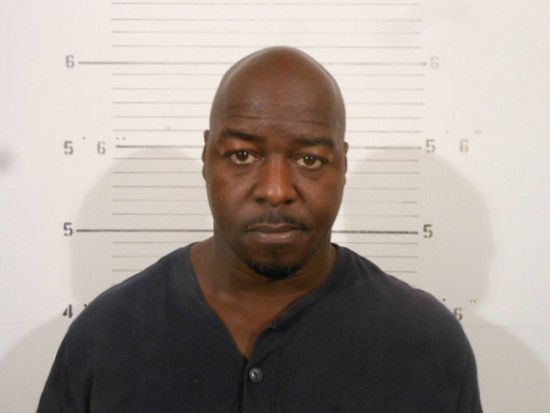 Police say Thompson agreed to give Jones a ride to meet a friend and the two left together around 10:30 p.m. Saturday evening.

At some point, and for reasons that remain unclear, he beat the young man to death, authorities say.

Gibbons described the murder as a "senseless" in a statement: "Our victim evidently trusted this person and had no reason to fear for his life. It appears to be a tragic, random act of violence."

He adds, "Our thoughts and prayers go out to the family of the victim."

Thompson has been on parole since February 2013 for a 1989 murder out of St. Clair county. He was apprehended at his residence in Centreville Sunday and remains in custody in Belleville. He'll eventually be brought to the Madison County Jail in Edwardsville, prosecutors say, where he will be held without bond.

If he is convicted for murder, he faces anywhere from twenty to sixty years behind bars -- and will be required to serve 100 percent of the sentence.

In the previous murder case, he was sentenced to 45 years, Illinois prison records show.

It was also an apparently very disturbing case. He had, the Post-Dispatch summarizes, admitted to fatally stabbing 88-year-old Velma Causey who he had done odd jobs for. Seventeen-years-old at the time, Thompson reportedly told police that he had been drinking beer and went to the woman's home in Centreville. Another woman who lived there then gave him $3 and a drink of water.

When she left, police say, he used a steak knife to stab Causey several times in the head, thigh and chest.

He told police that he was "overcome by a feeling he could not explain."