Seriously, Is This Courtland Sykes Guy For Real? 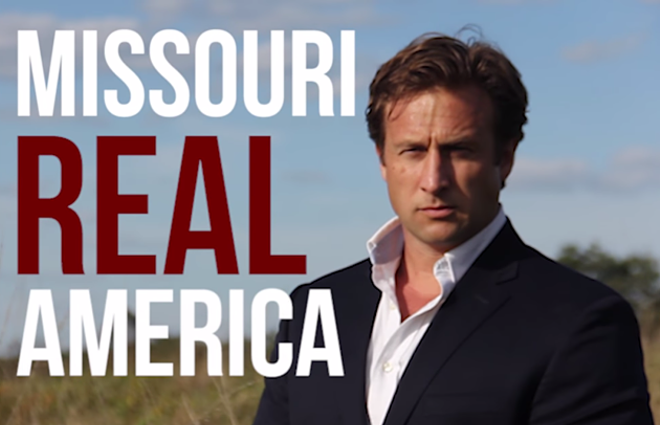 Screenshot from the video below
"Without a winking smiley or other blatant display of humor, it is utterly impossible to parody a Creationist in such a way that someone won't mistake for the genuine article." —Nathan Poe, Poe's Law

We live in strange times.

Our president is an emotionally stunted circus peanut who thrives on terrorizing his own nation with his huge, obvious boner for nuclear war. Our governor would rather rappel into rodeos — when he's not attacking Wash U students with unfounded criminal claims — than show real leadership. Our city's police union — the white one, because there are separate white and black ones, for some reason — has recently taken a shine to attacking private citizens and business owners. Our mayor, for all intents and purposes, is M.I.A.

Who will save us? Who will be the leader we need in these uncertain times?

The answer is definitely not Courtland Sykes.


Just look at this fucking guy. The open collar. The "Blue Steel" gaze. The amber waves of grain, signifying his heartland roots with all the subtlety of a sledgehammer.

Poe's Law tells us that, absent a winking look or a knowing smile, it is completely impossible to differentiate between a parody of extreme views and a sincere expression of that outlook. Sykes' campaign video for his run for Claire McCaskill's U.S. Senate seat, released September 26, might as well be a case study of that old internet adage.

The Republican candidate condemns immigration as "out of control" while an image of a man throwing a molotov cocktail flashes on screen. "CRIME" and "RAMPAGE" appear over pictures of a fire in the street and a line of police clad in riot gear. The video decries the "swamp" over a photo of McCaskill, gleefully cradling Trump's balls for him. It's the type of campaign ad that ousted Trump adviser and surface-dwelling sewer rat Steve Bannon surely masturbates to. 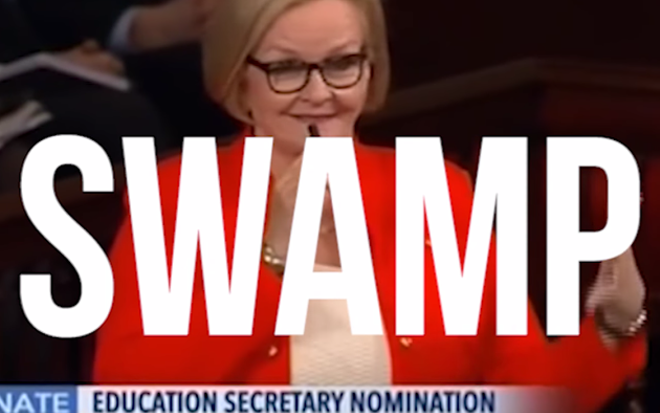 Screenshot from the video above.

"My name is Courtland Sykes," he says, "United States Senate candidate for Missouri. And if you like President Trump, then you and I see eye to eye."

The Post-Dispatch published a lengthy profile of Sykes late last week. Even the city's paper of record couldn't be sure if Sykes was the real deal or not. They had to consult an expert.

"I'm 99.9 percent sure it's not parody," St. Louis Community College political science professor John Messmer told the paper. "It's not something strategic done by the Democratic side or someone that's looking to criticize the conservative or Republican position."

But he added a caveat:

"I do hold back that .1 percent," Messmer said. "This might be one of the greatest examples of political performance art I've ever seen."

The paper approached five separate Republican party insiders, asking about Sykes. None of them knew who he was:


"I don't know anything about him," said Jeff Roe, a political consultant with Kansas City-based Axiom Strategies.


If his origin stories are to be believed, Sykes is a political newcomer — and also new to Missouri. The Arkansas native has lived with his dog and fiancee in this state for less than a year; he mentions vacationing in the Ozarks with his family while growing up to prove his Missouri bona fides. But he wouldn't explain much more than that.

"Look, I'm not going to talk about family stuff," he told the Post-Dispatch, whose efforts to secure a second interview confusingly resulted in Sykes declining and instead sending over an eleven-page Q&A of his own preparing.

"Do you favor women's rights?" was the last question to appear on the document.

"Chanel (Rion), my fiancee, has given me orders to favor these rights, so I'd better," he wrote. "But Chanel knows that my obedience comes with a small price that she loves to pay anyway — I want to come home to a home-cooked dinner at six every night, one that she fixes.

"It's exactly the kind of family dinner that I expect one day my future daughters will learn to make after they too become traditional homemakers and family wives — think Norman Rockwell here — and Gloria Steinham (sic) be damned."

Unsurprisingly, then, he has issues with feminism, as his document illustrates. Also the media: "Big media has become too many dumb blonds," he wrote. And Muslims: "I'd like to stop Muslim immigration cold for now." Don't forget the social safety net: "It's time for it to go away. The 'helpless' are going to have to help themselves more."

Sykes' background is largely a mystery. The Kansas City Star reports that he claims to have served in the Navy for more than eight years, enlisting after the terror attacks on September 11, 2001. His LinkedIn page says he later attended Harvard University’s Extension School after that, earning a degree in 2014. That page also had listed him as a graduate student at the University of London, but when the Star questioned him about that, he said he had to put those studies on hold to focus on his campaign. The LinkedIn page was edited to remove the college shortly after.

He is listed as the managing director for a military consulting firm named Talosorion — but he tells the Star that the firm currently has no clients.

Even Arkansas seems flummoxed. The Arkansas Times notes the "fudge factors" on his resume, and even goes so far as to ask its readers if anyone knows who the guy is. "Any Arkies out there know the candidate?" they write. "He is a former resident of Hot Springs, various Internet accounts indicate."

The responses on the post were less than illuminating:

So we either have a Jimmy Kimmel prank on our hands here, or, as Messmer told the Post-Dispatch, "Trump-inspired populism on steroids." There's just no way to know which is the case. We are currently living through a period of time wherein facts have no meaning and reality is an illusion. In this political climate, where people gleefully vote for hucksters and frauds simply for the giddy thrill of sticking it to their fellow citizens, it's just impossible to tell.

Hey Nathan Poe, you wanna weigh in on this one? We could sure use some help.