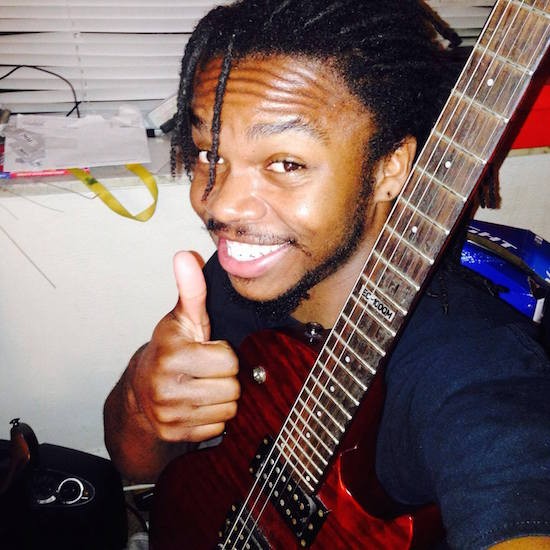 Facebook
Shawn Gray went missing on Thanksgiving and was found dead about a week later in River Des Peres. His family and friends are still looking for answers about what happened.

It's been more than two months since a woman out walking on December 4 discovered the body of Shawn Gray. The 23-year-old musician, trick skateboarder and dishwasher at Cardwell's in Clayton, had been missing for a week. How this young man, who family and friends say was so full of life, turned up dead in a dry section of the River Des Peres remains an enigma. Nearly as puzzling is the gossip that circulated online in early December that Gray was somehow tied to the grand jury investigation of Darren Wilson, the Ferguson officer who shot Michael Brown.

Gray's mother, Shanon Battile, 45, says the rumors that her son was killed in retaliation for testifying before the grand jury have been both upsetting and confusing. "I was baffled. What would that even come from? Where would they get that from?" she asks. "He didn't even know Mike Brown."

Tim Banta, 23, a close friend, tells Daily RFT that anyone who knew Gray would know that the Mike Brown case and protests associated with it were "the last thing Shawn gave a fuck about." See also: Anguish, Arson and Tear Gas in Ferguson after Grand Jury Decision

Gray was last seen alive on Thanksgiving -- some three days after the grand jury reached its controversial decision that led to days of regional unrest. The night of his disappearance, Gray had worked a shift at Cardwell's and later stuck around till about 11 p.m. having a couple drinks with a coworker.

Around midnight, Clayton police pulled over Gray in his silver 1997 Acura Integra on Maryland Avenue near Interstate 170. Clayton police chief Kevin Murphy could not provide Daily RFT with a reason why Gray was pulled over, but no arrest was made, and a St. Louis County Cab was called to take Gray to where he was heading. (St. Louis County Cab was unable to immediately confirm to Daily RFT that one of its taxis was called that night and where it may have taken Gray.) Four days later, Gray's mother found his car where he had left it, in the parking lot outside MaggieMoo's Ice Cream and Treatery.

"You have to remember, [on November 27] we were in the thick of the aftermath of the grand-jury decision," explains Murphy, who adds that officers are allowed to exercise discretion during traffic stops, including whether to conduct field sobriety tests.

But where did Gray go to in that taxi, and how did he spend that last week?