Shelby Miller: Not Helping the Case for Athletes and Twitter 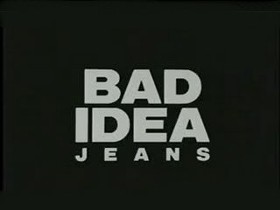 You probably know who Shelby Miller is. Top prospect in the Cardinals organization, right-handed pitcher, I've written about him several times here over the last couple years. Drafted in 2009, high school pitcher from Texas, throws really hard...ringing any bells? Sure.
Seems like a pretty nice kid, too. A little immature, yeah, and probably needs to ease back on the bottle a bit (he was suspended this past season briefly for an alcohol-related violation), but hey, who doesn't have a hiccup or two there at 20 years old?
What you may not know is Monsieur Miller is also an avid Twitterer. Twitterite? Twitterian? I don't know. He's actually given away prizes like lunch with he and Matt Adams (Shelby's treat), to whoever sent him the best joke. Like I said, seems like a good kid. Fun.
On the 20th of December, just two days ago, Miller tweeted the following:

Send me your favorite quotes out of movies. I'm driving and need entertainment!

Oy. Where to begin?
Okay, see, this is why we can't have nice things. You know how the Department of Transportation is all up in arms about people using cell phones while they're driving? Yeah, it's because of, well, this kind of thing. Getting on Twitter while behind the wheel to ask for people to send you funny movie quotes is just not a great idea.
I would like to give Shelby the benefit of the doubt and think maybe he wasn't actually driving, per se, but just in the car while someone else -- maybe the rather fetching blonde woman in his profile picture -- was actually operating the vehicle. Sadly, I'm pretty sure I'm just grasping at straws here. You say you're driving, that probably means you're driving.
I will freely admit I'm guilty of this sort of thing on a pretty consistent basis. I've tried to cut back in the name of responsibility, but I'm not going to lie and say it's going particularly well. But still, come on, Shelby, at least just say you're bored and then don't elaborate. Don't actually spell out that you're operating a motor vehicle and need something to keep your mind off how boring it is so you grabbed your phone and started typing away.