Multiple people were reportedly injured at the magnet school in south St. Louis after a 9:12 a.m. incident 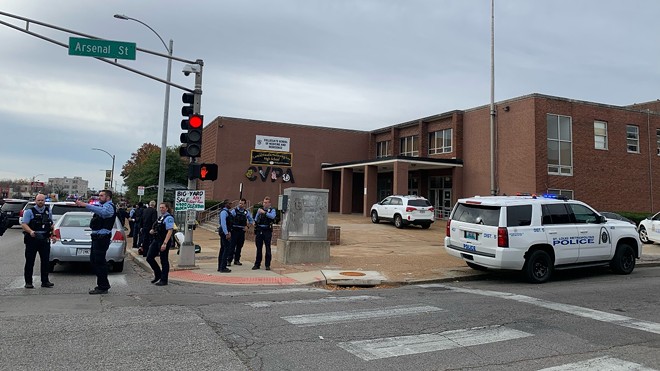 Editor's Note: This story is being updated as more information is available.


A shooting at Central Visual and Performing Arts High School in south St. Louis led to at least three deaths, multiple injuries and a heavy police presence on the south-city campus this morning.

"Police are on site at Central Visual and Performing Arts this morning following reports of an active shooter and both CVPA and Collegiate are on lockdown," tweeted the official account of St. Louis Public Schools. "The shooter was quickly stopped by police inside CVPA."

The police department later clarified that three victims had been injured. 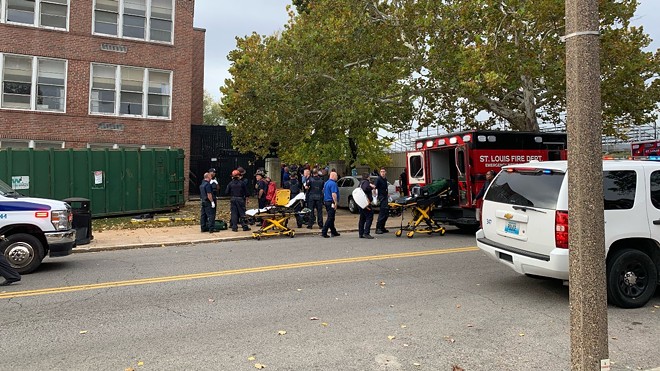 Fox 2 news reported "children and police were seen running from the school building" and that police officers could also be seen aiding students as they scaled fences.

The station also reported some students taking shelter at nearby Courtesy Diner.


Police are on site at Central Visual and Performing Arts this morning following reports of an active shooter and both CVPA and Collegiate are on lockdown.
The shooter was quickly stopped by police inside CVPA.
We have reports of 2 students injured and on the way to the hospital.

The shooting happened at approximately 9:12 a.m.

Central Visual and Performing Arts High School is at Kingshighway and Arsenal, near Tower Grove Park. It shares a building with another magnet school in the St. Louis Public Schools system, Collegiate School of Medicine and Bioscience. 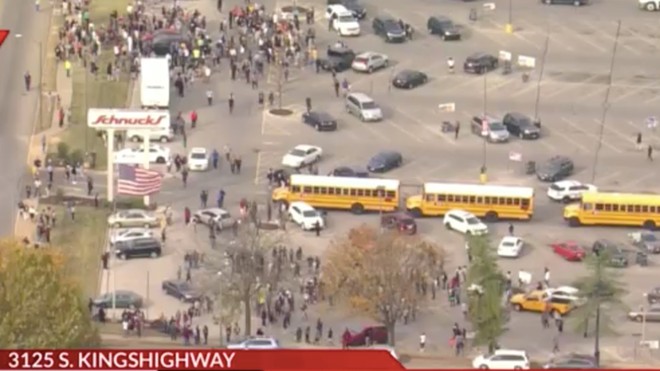 
#BREAKING: STLCC Forest Park campus is on lockdown. Students and teachers evacuating and running from the campus. Large police presence. We are working to learn more. Praying for everyone.

Police are expected to give a press conference soon. We will update the story as more information becomes available.

UPDATE: A spokesperson for the FBI said in an announcement, "Law enforcement is setting up a reunification center for families at the Schnucks parking lot on Arsenal."

UPDATE 10:30a.m.: The Post-Dispatch is now reporting that at least six people were injured in the shooting.

"Injuries ranged from gunshot wounds to cardiac arrest, but no conditions were available as of 10 a.m. Monday," the Post-Dispatch stated.

Witnesses who were in the building when the shooting occurred tell the RFT that the fire alarm went off twice. “I thought it was a drill,” one witness said. "We heard the gunshot and sprinted back, locked the door and hid ourselves in a corner."

The FBI says in a statement that the reunification location is no longer at the Schnucks parking lot. It will now be at Gateway High School.

UPDATE at 11:35 a.m.: Police say two people have died: a teenaged girl and a woman.  Our original story was updated to reflect this additional information.