It didn’t take a trained eye to notice the disparity between Bret Favre and Marc Bulger in yesterday’s Rams-Jets match-up. 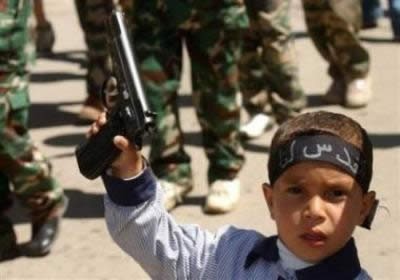 Favre, as the announcers like to say, was a gun-slinging little kid who was just having fun out there, leading his squad to a 47-3 victory in New York.

Meanwhile, the Rams' Marc Bulger looked like a little kid playing with guns -- and it ended as badly as such situations often do, with Bulger repeatedly shooting himself in the foot before being benched at the end of the first half.

The difference between the two QB's striking throughout.

The best example came early in the first half, when Favre dropped back, stood calmly in the pocket and launched a 54-yard long bomb that eventually led to a New York field goal. Bulger, on the other hand, ended his first half by throwing an interception into double coverage.

The ill-advised pass was enough to make hefty sideline reporter Tony Siragusa remark: "I was a d-line man and even I could see the safety coming over the top there. That was just a poor, poor decision and throw by Marc Bulger."

When Tony "Goose" Siragusa is able to spot double coverage better than your starting QB, it might be time to pack it for the season.

Indeed, the only way to enjoy a Rams game these days is to fully immerse yourself in reverse fantasy rooting interests. Pick up whatever defense is going against Bulger and the Rams that week and hear the fantasy points ring up like a register at Christmas. As fumble after interception after fumble (five in all) plagued the Rams, savvy fantasy owners were busy racking up a whopping 25 points from the Jets D. Owners of Jets RB Thomas Jones were equally satisfied, as he tallied another 25 points.

Of course, for Donnie Avery owners like myself, it was a dark day.

The second half was spent listening to Siragusa talk about how Kris Jenkins doesn't like the ribs at his New Jersey restaurants, watching a 20-yard Avery run get wiped off the board by a Torry Holt holding penalty, and crying as Trent Green bounced passes off officials and turned would-be Avery TD’s into interceptions at the goal line.

So next week, do yourself a favor. Pick up that 49’ers defense or maybe even a sleeper like JT O’Sullivan, and enjoy the results.