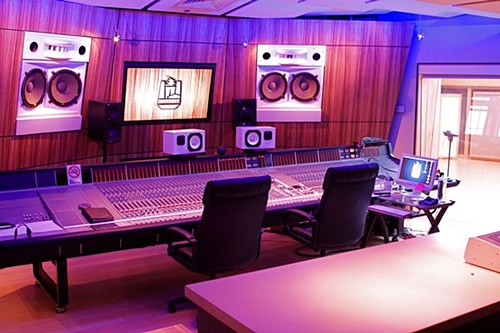 photo by: Bill Streeter
The main control room of Shock City Studios (click image for larger view)
On South Gravois, next-door to Hodak's, is not where one would expect to find a brand new, multi-million-dollar recording studio. But just a couple of doors south of the popular chicken joint is Shock City Studios.

The space opened this past spring, but it just celebrated its opening last month with a party. Shock City is located in the large Polar Wave building, a former cold storage warehouse built of thick concrete that's ideal for a recording studio.
The studio was conceived by Doug Firley of the band Gravity Kills and Chris Loesch, a musician best known for his stint as vocalist with the band Purge a.k.a. Full System Purge.
The place is impressive, though it really must be seen to be appreciated. The 7,000-square-foot facility has 20-foot ceilings and a specially designed, acoustically invisible glass wall that makes it one of the few large recording studios in the world that has that much natural light. They are also well equipped to do recording and mixing for film and commercial projects.
I asked one of the owners of the studio, Chris Loesch a few questions about the new venture via Facebook:
click to enlarge 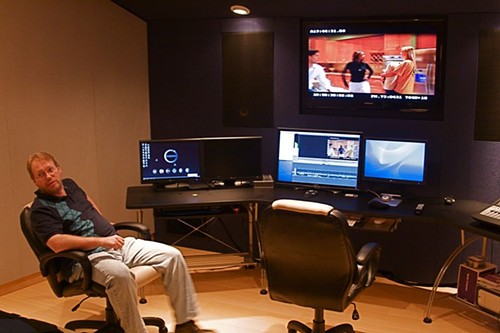 photo by: Bill Streeter
You could even jack in and record from the bathroom at Shock City (click for larger view)
click to enlarge

photo by: Bill Streeter
Attendees check out the 1,100 sq ft. live studio at Shock City's open house last month. (Click for larger view)
Explain what the advantages are to recording in St. Louis compared to elsewhere.
The major musical movements in the history of popular U.S. music have a legitimate root in St. Louis. I think being in a historic building in a historic neighborhood lets you tap into that whole creative vibe and legacy of greatness that St. Louis should reclaim as part of its heritage. The fact that we haven't had a great studio in a great location for this long is a shame really.
What level of artist do you hope to attract to record at Shock City?
We hope to attract the great local and regional artists that are wanting to break into the next level. The bands and talent that feel they have outgrown the basement or project DIY studios and want a place where great sound is the standard and not something you have to try and fix in the mix. We are also going to attract national and international talent into St. Louis as a destination location. Commercial and film work is also in our plan and we have a few films scheduled for this year.
You can get more information about Shock City Studios or contact them at their Web site, http://www.shockcitystudios.com/.