Sinquefield Under Attack for Comment Tying Public Schools to KKK 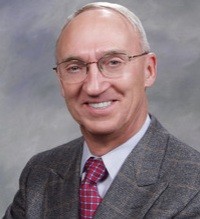 Rex Sinquefield
Educators and politicians are demanding that Rex Sinquefield apologize for a statement he made yesterday tying public schools to the Ku Klux Klan.

Sinquefield, who has spent tens of millions of dollars trying to repeal income taxes in Missouri, was giving a lecture at Lindenwood University in support of his tax policy last night when veered off topic to discuss another of his pet issues: eliminating tenure for teachers at public schools.

"There was a column written -- and I hope I don't offend anyone. There was published column by a man named Ralph Voss, who was a former judge in Missouri. He now owns and writes for a newspaper in Central Missouri called the Unterrified Democrat -- what a name -- and it's in Osage County, Missouri. And he starts off, something like this, he said a long time ago, decades ago, the Ku Klux Klan got together and said how can we really hurt the African American children permanently? How can we ruin their lives? And what they designed was the public school system."

This morning the Missouri National Education Association, the largest teacher organization in the state representing over 35,000 teachers and academics, fired back demanding that Sinquefield apologize for his statement.

"To call the work of educators in public schools a KKK conspiracy shows how out of touch billionaire Rex Sinquefield truly is," said NEA president Chris Guinther. "This is a slap in the face of every educator who has worked tirelessly in a public school to improve the lives of Missouri's children. Rex Sinquefield needs to explain himself and apologize to all students, parents and Missourians."

"Sinquefield's comments demonstrate his open hostility towards public education and his willingness to rewrite history and play loose with the facts," commented state Rep. Margo McNeil (D - North County) in a statement released to the media this afternoon. "He should apologize for his outrageous statement and abandon efforts to destroy public education in Missouri."

"I apologize for my reference to a quote from Ralph Voss of the Unterrified Democrat. The public discourse on these issues is too critical for an ill-timed, inappropriate reference. It is my sincere hope that this does not distract us from the important mission of helping all children access a high-quality education."

Sinquefield linking the KKK to public schools appears at the 16 second mark below...