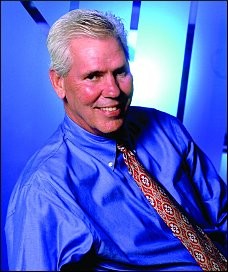 Chaminade Prep
The late "Skip" Viragh gave less in than Oprah, but more than Ted Turner in '09
The $28 million bequest that the late Albert "Skip" Viragh left Chaminade High School, his alma mater, vaulted him right among the big boys (and girls) of American philanthropy last year.

According to Slate and the Chronicle of Philanthropy, Viragh landed at number 32, between Oprah Winfrey ($41.4 million) and Ted Turner ($13.2 million).

The pancreatic cancer that Viragh learned he had in 2003 took him so fast, he didn't have time to work out any charitable bequests in his will. But he did have enough time to tell his brothers that he wanted to give a whole lot to Chaminade, from which he graduated in 1959. It took several years of deliberation to finalize the gift.


Chaminade's going to use the cash to build an arts center, complete with a 1,000-seat auditorium.

Viragh was a pioneer in leveraged index funds and the founder of the Maryland-based Rydex Fund Group, says an article in The Washington Post. Public records show he lived in Rockville, Maryland, at the time of his death.