So We Decided To Break Into the Jefferson Arms Building 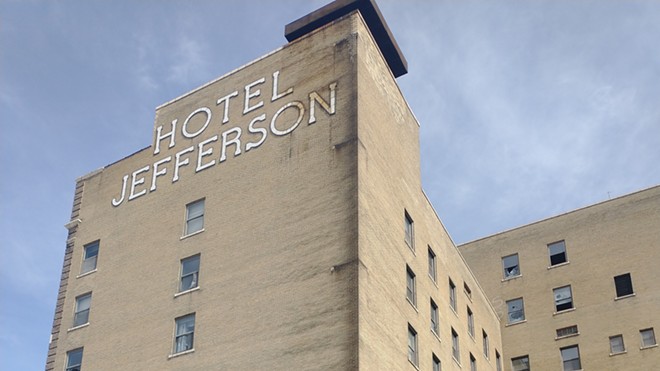 St. Louis tops national rankings in murder and STDs. On the plus side, we’re also one of the very best cities for Urban Exploring, aka urbex, the art of prowling around abandoned spaces, usually by trespassing.

We knew all of these abandoned buildings were good for something!

St. Lunacy recently met a seasoned urbex vet, who invited us to visit his favorite decommissioned edifice, downtown’s Jefferson Arms Building, which is on the National Register of Historic Places but is currently occupied only by ghosts. Now that they’re decriminalizing all the drugs, we haven’t had much opportunity to break the law lately, so we said, “Why not?” 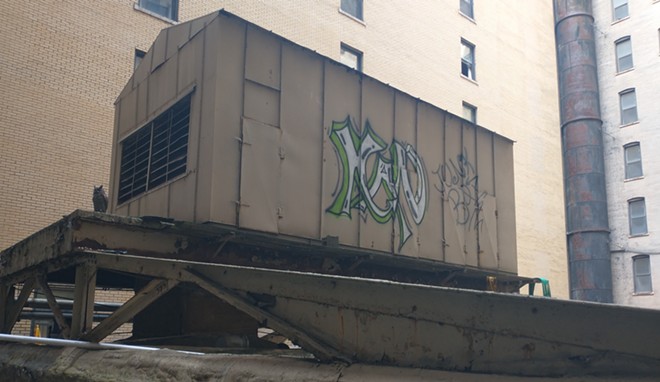 Located at N. Tucker Blvd. and St. Charles St., Jefferson Arms is a mammoth Classical Revival former luxury hotel, built for the 1904 World’s Fair. It hosted the Democratic National Convention — twice — in 1904 and 1916. Hilton bought it in 1950, closed it as a hotel in 1975, and it soon reopened as apartments, before eventually devolving into a flophouse and becoming uninhabited in 2006.

Now it’s boarded up, so how would we get inside? “No problem,” said our guide, who led us on a semi-treacherous route involving scaling down walls. At one point we landed on a stack of rickety milk crates that nearly gave way. 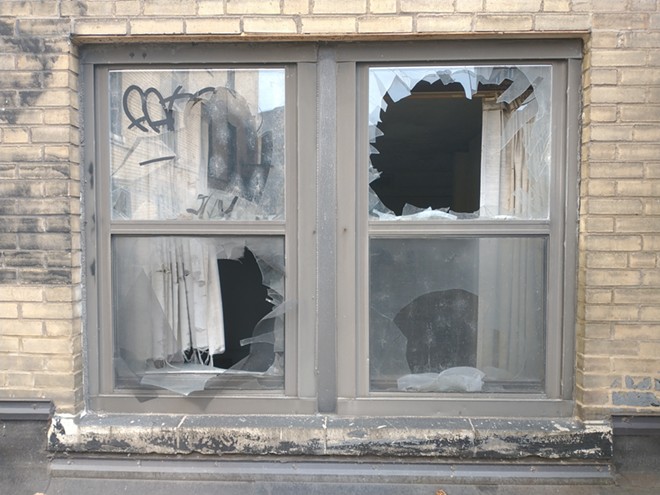 And then, there we were, before the Jefferson Arms in all its turn-of-the-century majesty, cold air emanating from its broken windows. 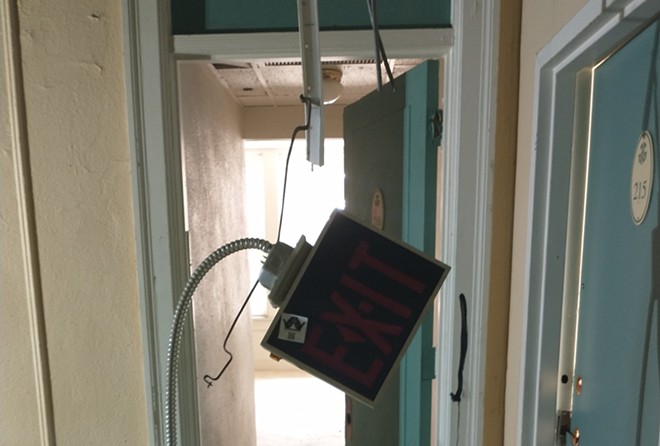 An access door was unlocked, and thankfully our guide had a high-powered flashlight, because it was pitch black inside. We made our way through chipped-paint hallways, ducking beneath exposed wires. 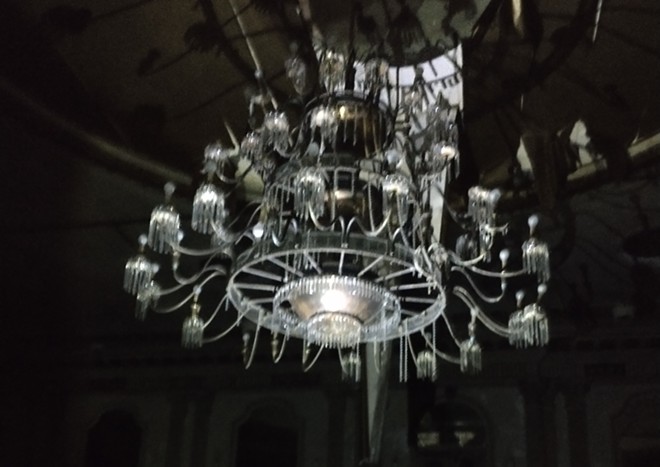 Absolutely nobody was around as we cautiously entered the building’s grand ballroom, with its massive chandelier.

A stage looked as if it had been abandoned mid-celebration.

We also found what looked like what was once the building’s library, though now all of the books — hundreds of them — were piled on the floor. (Romance novels, John LeCarre, and Joyce Carol Oates tomes among them.) A 2005 RFT copy looked surprisingly crisp. Shout out to Malcolm Gay’s Thomas Venezia profile! 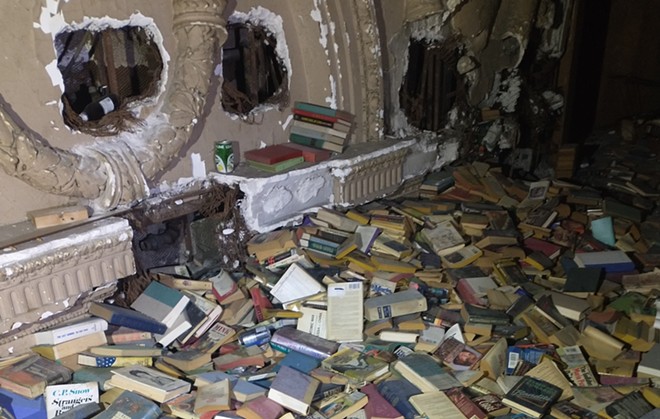 A gorgeous painting of a cityscape has been chilling in a hallway for who knows how long.

St. Lunacy
Does anyone recognize the plaza depicted here?

Finally, we made it to the roof, where we took in the view of downtown and beyond in every direction. We felt small and insignificant. And we also felt like St. Louis has done a poor job preserving its historic architecture, considering much of it requires lawlessness to appreciate. 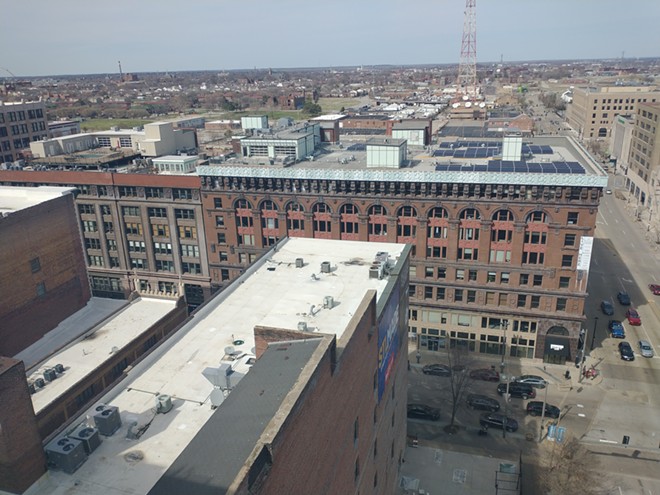