Soon There Will Be A Pinterest for Every Demographic

And so come manly versions of Pinterest, such as Gentlemint ("One of the more manly websites on the planet," according to our town's American Mustache Institute), and Manteresting and even something called Dudepins. It's now clear that visual bookmarking sites are a growth field for internet entrepreneurs, and soon every imaginable demographic on the planet will have an online pinboard where they can stick photos of whatever it is that really cranks their engine -- or whip their buggy-horse, so to speak.

After the jump, a short list of photo-pinning websites that are micro-targeted at very particular demographics.

First up is Rumspringterest, the only website devoted to Amish teens who are engaging in the Rumspringa, the traditional, once-in-a-lifetime break from the Amish world young people are allowed to pursue before making a permanent commitment to the farm.

Next up is Senioritis. This is where your grandma hangs out when she's not hanging out on Facebook tagging you in embarrassing 20-year-old pictures. We didn't even know the Jitterbug was online-capable. 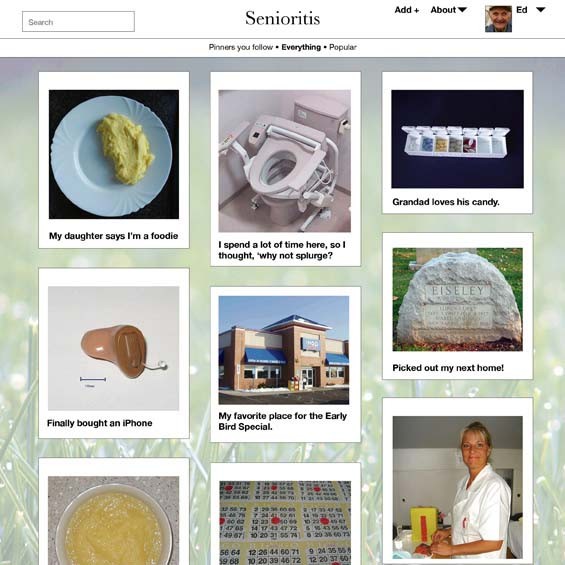