St. Louis' 250th Birthday Rescheduled for Tuesday Because Winter Can Suck it 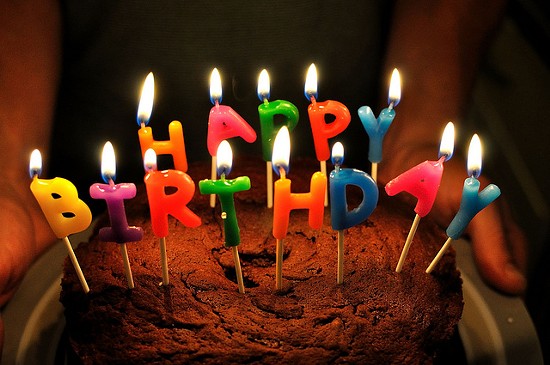 Will Clayton on Flickr
It's your birthday, St. Louis! You don't look a day over 249.

The founders of St. Louis didn't have to deal with the polar vortex.

A sheet of ice on Art Hill caused organizers of St. Louis' 250th anniversary party to push the celebration back a few days, to 5:30 p.m. on Tuesday, February 18.

With a projected high of 60 degrees, Tuesday's forecast is downright tropical compared to Friday evening, when temps dipped to 22 degrees just as the party would have been getting started, according to the National Weather Service.

Luckily, the pushback doesn't throw St. Louis out of alignment with its official sestercentennial birthday...because no one really knows when that is. There's only one original account of the landing, and Auguste Choteau's sloppy handwriting makes it impossible to tell exactly which day he stepped onto the shores of what would become St. Louis in February 1764.

Here's the schedule for Tuesday's party:

5:30 p.m. - Kids' activities start. Don't forget to write a letter to future St. Louisans in 2064, and the Missouri History Museum will keep it until the city's 300th birthday.

6:30 p.m. - More than 300 couples have signed up to get engaged or re-engaged at the 250th anniversary celebration, which made a little more sense when you remember the original party was scheduled for Valentine's Day. Organizers will then light a 25-foot flaming heart.

7 p.m. - St. Louis roots musician Pokey LaFarge performs before jetting off on a tour of Australia and New Zealand next month.

Nearly twenty of St. Louis' most-beloved eateries will be serving sweet and savory snacks and drinks all night.