A ribcage and hip were discovered by a cadaver dog 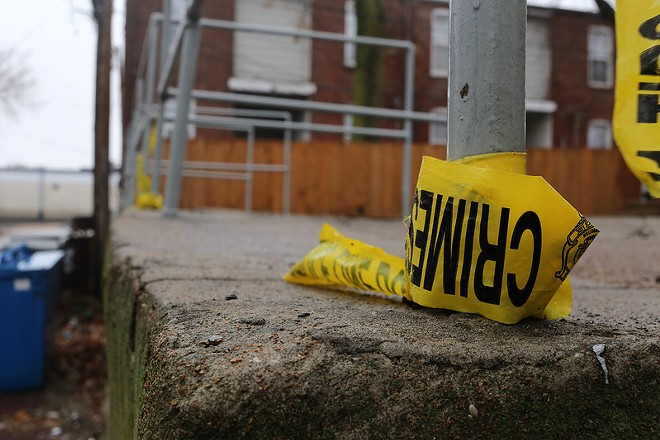 Paul Sableman VIA FLICKR
Human remains were discovered in a vacant St. Louis lot on Monday.

Police uncovered human remains in St. Louis this past weekend.

The information came from an anonymous tip that pointed toward buried remains on the 3900 block of North 19th Street between Branch and Palm Street in the Hyde Park area.

The search began on Sunday when residents noticed part of the ground on the vacant lot had been moved. A police search dog arrived shortly after, though it didn’t alert officers to anything out of the ordinary.

But community members were sure there was something there, Third Ward Alderman Brandon Bosley tells the RFT. They kept digging with the help of Bosley and a security officer until they found themselves three to four feet deep. A cadaver dog from the fire department arrived around 5:30 p.m. on Monday, sniffing the same area twice and confirming there were buried remains below the surface.

They continued to dig until they found a decaying ribcage and a hip, Bosley says.

“At bare minimum, it gives [community members] the peace of mind of knowing that the authorities and individuals care enough to dig into the information that they get and believe to be credible,” he says.

On Tuesday, excavators at the scene discovered more information, as the St. Louis Metropolitan Police Department continued the investigation. The Post-Dispatch reported that the property belongs to Northside Regeneration, owned by developer Paul McKee.

Bosley described this weekend’s discovery as a "work in tandem.”

“It’s not just me digging out in that hole,” Bosley says. “I didn't bring the shovel. It was residents that were digging before that. Peacekeepers came out. We dug together. Had it not been for all of those different entities, we probably, nine times out of 10, wouldn’t be having this conversation.”