St. Louis Angles to Bring Back its Traffic-Camera Scam 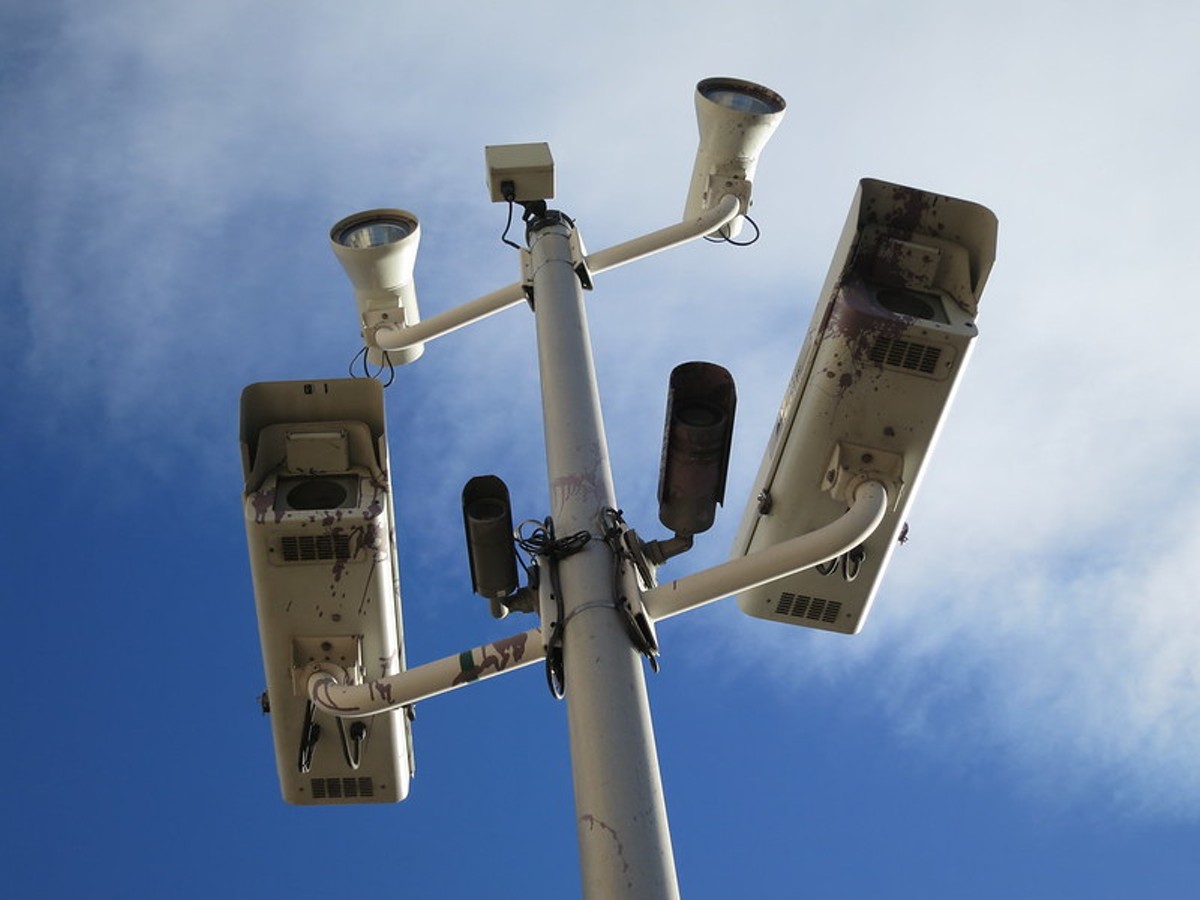 The curiosity of the city of St. Louis seems boundless.

While we wait breathlessly to see whether Shadow Mayor Rex Sinquefield's multimillion-dollar inquiry into whether airport-privatization is a good idea — an undertaking we all recognize as impartial even though it's one of his libertarian world's top priorities and he only gets much of the money back if the answer is "yes" — the city is now embarking on another quest of purely intellectual intrigue: Should it reinstate red-light traffic cameras?

It was announced last week that the city Street Department is soliciting proposals from private companies to reinstate the cameras, which were shut down in 2015 when the Missouri Supreme Court rightly found them unconstitutional because of the assumption that the owner of the car was operating the vehicle when it allegedly ran a red light.

But the court ruling wasn't unconditional and appeared to offer this caveat: The cameras might be permissible if they could clearly identify the driver's face. It did not weigh in on the widely held view by citizens — say, the 73 percent margin in St. Charles County that voted to ban the cameras in 2014 — that the cameras were all about raising cash, not lowering accidents.

But now Mayor Lyda Krewson, whose flush city couldn't possibly be concerned about silly revenues, has decided to embark on an innocent, objective inquiry into whether re-engaging one of the handful of giant red-camera companies — only one of which has had a former CEO imprisoned for bribery in Chicago and Columbus, Ohio — might somehow makes us all safer.

Here's how she explained it to St. Louis Post-Dispatch:

"This isn't about revenue at all; it's about how we can have safer streets," she said. "Anybody who drives up and down Kingshighway or Grand, or Gravois or Natural Bridge, sees the speeding and red-light running.

The daily added, "Krewson and her director of operations, Todd Waelterman, emphasized that a decision to bring back the cameras has yet to be made. That will depend on their cost and other factors."

Mayor Krewson could have far more credibility had she inverted her statement thusly: "This isn't about safety at all; it's about how we can raise lots of new revenue from our streets."

A wide range of studies and articles, from U.S. Public Interest Research Group to Case Western Reserve University (among other academic institutions) to the Virginia Transportation Research Council to the Florida Public Health Review to the Scientific American have all reached pretty much the same conclusion: Red-light cameras, which often prompt motorists to slam on the brakes, cause more accidents (especially rear-enders) than they prevent. You can see at least twenty links to such studies at www.motorists.org.

As an example, AAA Michigan, working with Detroit city engineers, tested enlarging traffic-light lenses, re-striping left-turn lanes, re-timing traffic signals and adding an all-red clearance interval (leaving both sides with a red light for a second or two while the signals are changing). The result: 47 percent fewer crashes and 50 percent fewer injuries.

That sounds like good news. Then again, if yours is a city — or a traffic-light contractor — that rakes in more revenue the more people run red lights, it's not so great for business when fewer people violate the law.

The common-sense idea of clearing an intersection by having motorists in all directions looking at a red light for two seconds (or maybe even three) is something we've never seen the city of St. Louis try, despite its rightful concern about bad driving. But whether it's that answer or longer yellow lights or better signage or more visible lights (metal backing can reduce glare from the sun) or any of a number of other technical steps, if safety is the real concern, those ought to be exhausted — or even tried — before bringing back the nice people with the red-light cameras.

American Traffic Solutions (ATS) the Tuscon-based giant that was the city's former red-light-camera provider, is known for hiring armies of lobbyists who not only influence state and local politicians, but also advance such counter intuitive narratives as one the company specifically published arguing against longer yellow light timing. Indeed, in multiple cities, red-light camera companies have been caught reducing yellow-light intervals for profit and for taking down cameras from intersections that don't provide enough revenue.

Of course, we all know that politicians in the St. Louis region are immune from the influence of lobbyists, especially the Board of Aldermen, which must approve the reinstatement of cameras. And we also know that other concerns about red-light-camera tickets, such as the delays and inefficiencies of notifying people of traffic lawbreaking by snail mail — as opposed to the writing of a ticket by an actual, eye-witness police officer — could not possibly pose a problem in a city government known for its flawless and streamlined administrative processes.

To be fair, maybe red-light cameras would be a cash cow for the city. If you don't mind the detail that the revenues are a dramatically regressive source of revenue that disproportionately victimizes poor people whose food budget might be crushed by the $100-or-larger fines and who don't have access to lawyers who can get the tickets reduced to non-point violations (thus avoiding increased insurance premiums), then no worries.

In fact, if the Krewson administration would like to own up to the reality that this is all about cash, then maybe there's a debate to be had. But it has to be an honest one.

How dare I question the city's candor? Well, consider what ATS officials said back in 2015 when the Missouri Supreme Court issued the ruling that the practice of ticketing the owners of cars without identifying them was unconstitutional. Here's its statement, as reported by St. Louis Public Radio:

"(The rulings) upheld the validity of using photo and video evidence in the enforcement of speeding and red-light running violations and the company looks forward to helping cities develop ordinances that comply with today's rulings."

Now that sounds pretty confident, doesn't it? But Waelterman, in addressing the aldermen, made it sound like this was just a cautious inquiry because who could possibly know if these beleaguered companies could deal with the new rules?

"We don't know if it will be fruitful or not," Waelterman told the aldermanic Streets Committee on Tuesday, according to the Post-Dispatch. "We think there's about half a dozen vendors that will probably bid on this thing.

"They've got some very tough rules now to make this work," Waelterman said. "We now ... have to identify the driver, we've got to recognize their face, an officer has to prove that (they're) in the car and they'll wind up getting (penalty) points on their license."

I'll bet ATS (among other companies) is just shaking in its designer boots waiting to see if it could possibly adopt to the new rules. And they're probably even more uncertain whether anyone will give access to their lobbyists.

I've got an idea for the Krewson administration while we're all waiting in suspense. Try implementing some four-way traffic pauses and other proven safety measures if you're really worried about saving lives. Get back to the public on the results.

Then let's talk about the city's upcoming payday.