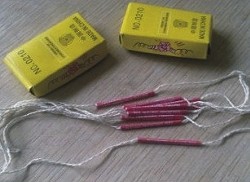 A ten-year-old St. Louis boy lost four fingers over the weekend when a firework he was holding in his hand exploded, police say.

The injuries sent him to the hospital and the bomb and arson unit of the police department is now investigating the incident.

The explosion, police say, happened at the 5500 block of Beacon Avenue in a rear alley of the Walnut Park East neighborhood. The boy's mother was apparently at their home nearby when she heard the explosion and then saw her son -- whose hand was covered in blood.

"I didn't know what happened and when I seen it, everything just went blank," Frances Smith, mother of ten-year-old Martinez Smith-Payne, told the Post-Dispatch over the weekend.

The official police report says that the explosion happened at around 8 p.m. on Friday and that the firework ignited while the boy was holding it in his left hand.

He was shortly thereafter transported to a local hospital for treatment and as of yesterday appears to be in good condition, recovering from the incident. 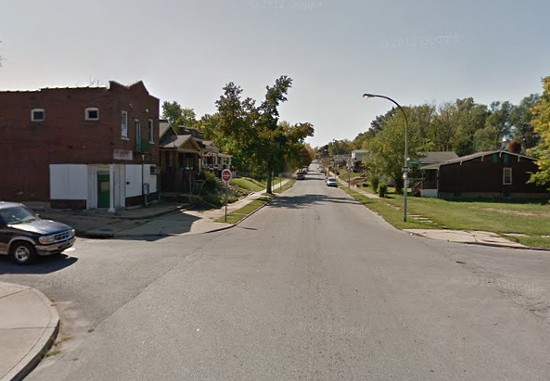 via Google Maps
Beacon Avenue where the boy was injured.

The mom told the paper that her son was with his brother nearby when they found the firework and that the two were on their way to a house in the neighborhood where "fireworks are frequently sold."

It appears that the police department will soon be promoting "fun without fireworks" leading up to July 4:

Here's the full report from SLMPD:

Incident: Accidental Injury Location: 5500 Block of Beacon (rear alley) Date/Time: 06/21/2013 @ 20:00 hours Victim: 10-year-old black male Investigation revealed that the victim ignited a firework while in his left hand and it exploded, severing four of his fingers. The victim was transported to an area hospital for treatment. The Bomb and Arson Unit responded and assumed the investigation. The investigation is ongoing.