The controversial red-light cameras in St. Louis catch a lot of cars running through intersections after the traffic light has already changed -- and sometimes, they capture the resulting collisions.

Where are these crashes happening locally -- and how bad are they?

American Traffic Solutions, the company that operates the cameras, has released a video, on view below, showing a collection of these accidents in real time. So in addition to tickets and fines, here's another reason to try and avoid running red lights: It can be dangerous!

Here's the video, courtesy of ATS (more photos and footage below):

Based on city data, the red-light cameras have had a positive impact, ATS says in a news release. The company says the cameras reduce red-light-running violations -- and therefore minimize collisions:

Data analysis for the City of St. Louis shows the message is getting through so clearly that most drivers don't need to be told twice. Seventy seven percent of all drivers receiving a citation for running a red light only did so once. Of all red-light runners captured by the City's redlight cameras, 92 percent received only two or fewer citations. This low rate of repeat red-light running behavior indicates drivers in St. Louis are modifying their driving habits for the better.

Just in case you don't feel like watching all of those crashes (the last one's pretty bad!), here are the intersections where the collisions took place, followed by more Missouri crash videos from ATS. 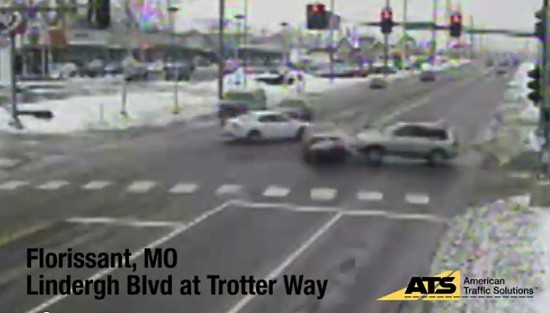 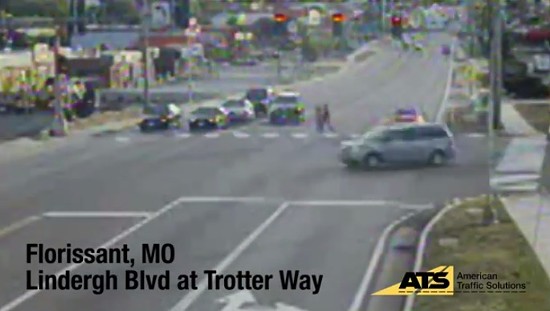 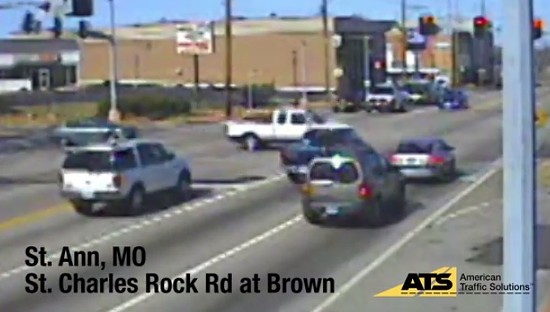 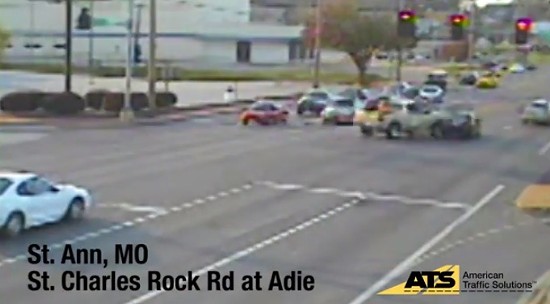 Continue for the St. Louis intersections and for more crash footage from ATS in previous years.