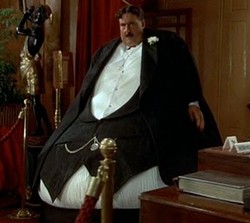 Every great St. Louis evening begins and ends with a meal.
The University of Wisconsin Population Health Institute and the Robert Wood Johnson  Foundation released its County Health Rankings and Roadmaps report, and it paints a very unflattering portrait of St. Louis City residents. For the third year running, STL proper is the least healthy place to live in Missouri according to the report.

You can examine the data for the state here, and the categorical breakout for the City is here. Let's discuss that data further after the jump.

The two fields that are most interesting in the city data are the first and the third, which show what St. Louis City scored, and what the National Benchmark is. Comparing these two columns reveals that City residents notched almost double the national benchmark for Poor Physical Health Days (4.0 days in the past 30 days as compared to 2.6 in the same time frame) and in Poor Mental Health Days (4.1 days as compared to 2.3 days).

These are the statistics, and they're bleak. And yet St. Louis doesn't feel bleak. Sure, we have our rough days, but what about the good times? The magical weather we've had the past few weeks brought out the cyclists, the joggers, the power-walkers; I personally played roller hockey till my body ached. That's gotta count for something. And remember when the Cards won the World Series, and we stayed up all night drinking, and smoking and ... um ... getting laid?

OK, so we're fat, drunk and got a scorching case of the syph. I'd rather have a drink and a case of crotch crickets in St. Louis than live a clean life in St. Charles. Now, do you got a light?