Update below: St. Louis metro police officers shot and killed an armed 25-year-old man last night who authorities say had been driving erratically and then attempted to flee from cops.

The shooting happened around 9:30 p.m. last night on the 700 block of Carr Street -- after two cops on patrol tried to stop a speeding vehicle. The car had previously fled from other officers -- and soon a full-on chase ensued.

Officials say that the cops first tried to stop the vehicle when it hit a parked car on the 1000 block of 9th Street. The suspect, who was the driver, then got out of the car and began to run on feet. A passenger in his car stayed in the vehicle. 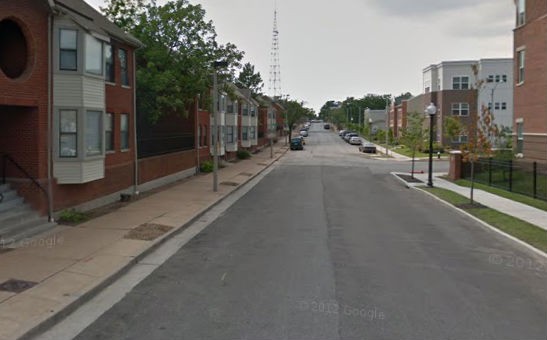 The officers chased the suspect who headed toward Carr Street and soon pulled out a gun and pointed it at them, police say. The officers then drew their weapons and ordered him to drop the gun.

"The officers, fearing for their immediate safety, discharged shots, striking the suspect in the torso and arms," the report says.

He was taken to a hospital and pronounced dead. They recovered his weapon on the scene, which was a loaded .40-caliber semi-automatic gun with an extended magazine.

The subsequent investigation revealed that the gun had been reported stolen.

The department has not yet released the now deceased suspect's name, pending family notification.

Police Maj. Rochelle Jones told the Post-Dispatch last night that the officers were on a special "hot spot" detail in the Columbus Square neighborhood.

Update, 4:55 p.m.: St. Louis metro police have identified the suspect killed by police as Cary Ball, 25, from the 3800 block of Blaine Avenue.