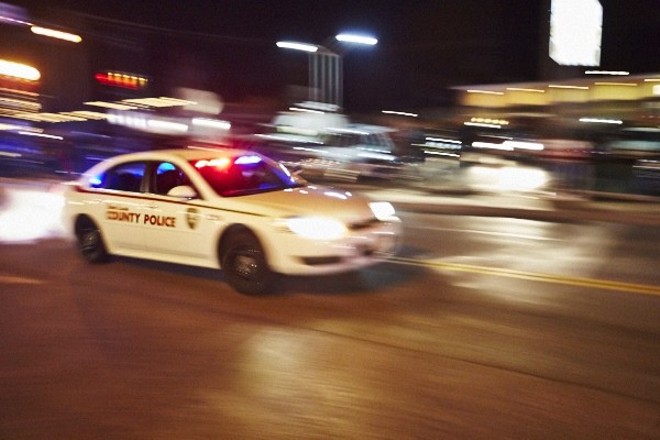 THEO WELLING
St. Louis County police are looking for a suspect in a carjacking.


A man wanted in a car theft ran from police and carjacked a second vehicle, forcing the woman who was behind the wheel to drive him while her five-year-old child was along for the ride, St. Louis County police say.

Minutes after 6 p.m. on Monday, county police detectives were on the trail of the first stolen vehicle. They spiked the tires, and the auto rolled to a stop near the Buzz Westfall Plaza in Jennings, police say.

Three people were in the stolen vehicle, and they all bailed out and sprinted away. Police quickly captured two men, ages believed to be 19 and 23. But a third suspect ran into the parking lot of a nearby Aldi grocery store where a 34-year-old woman and her child were sitting in their car.

Police say the man pulled out a gun and forced the woman to be his impromptu getaway driver. She drove him to a nearby neighborhood, where he got out and took off.

The woman called police after he was gone. She and the child weren't injured, but police say they're still looking for the man, who is now wanted for armed kidnapping along with the original car theft.