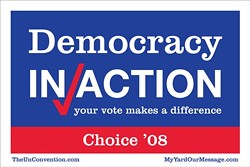 Image Via
While thousands of St. Louis county voters took to the polls yesterday to decide important issues like a smoking ban and increased 911 funding, the fate of the largest stretch of undeveloped Mississippi River waterfront in the St. Louis region was left in the hands of six members of the St. Louis County Council.

They voted 4-2 in favor of re-zoning 376 acres of wetlands south of the Columbia Bottom Conservation Area for commercial development, specifically a massive casino and resort that includes 8,000 parking spots, a golf course, and a wind farm.

Greg Quinn and Barbara Fraser were the nay votes. Colleen Wasinger, a Republican expected to vote no, was absent.

The decision was, by all accounts, controversial. The meeting was picketed by environmental groups and a Spanish Lake neighborhood association. One attendee estimated that more than 50 people spoke up at the meeting, offering a myriad of reasons why the development should not go forward.

The  casino development still faces several hurdles, including obtaining a gaming license, before construction can begin.

A passage in today's Post-Dispatch offers some insight into the reasoning that went into the council's decision:

Several council members who approved the rezoning said they based their vote strictly on zoning rules, and said the vote was not about gambling, casinos or the environment at this point.

Backers of the project have said it will create construction and service jobs and supply needed tax revenue.

Of course, not everyone sees it that way. Renata MacDougal, a resident of Spanish Lake who lives near the proposed casino location, was particularly upset by the vote of Michael O'Mara, a council representative from Florrissant.

"Basically he pimped out Spanish Lake to construction who don't care as long as it is not in their backyards," MacDougal writes in an e-mail. "O'Mara automatically sold us out to become a sleazy neighborhood, which is what happens when the casino moves in."

The casino would be the sixth in the area. Beyond the gaming license issue, the developers (read more about them by clicking here) still have to complete an environmental impact study and address concerns about such a sprawling construction in the flood plain.

Here's a map of the area in question: