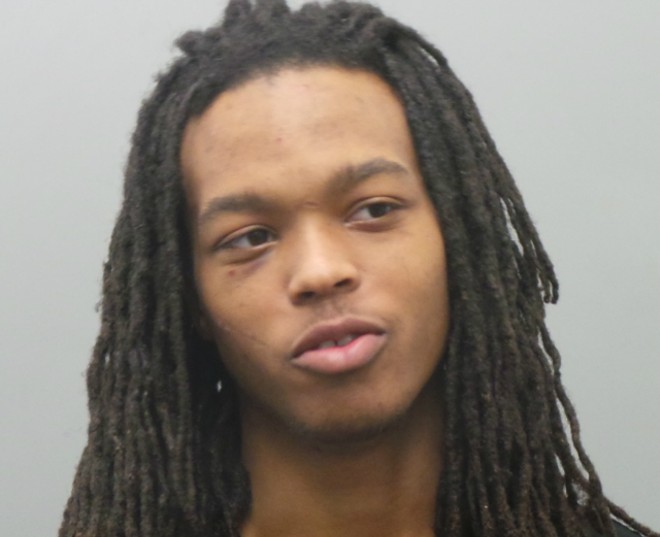 COURTESY ST. LOUIS COUNTY POLICE
Darrren Thomas Jr. is facing charges in a double homicide.
A St. Louis man has been arrested in a carjacking and double homicide that took place last month in Kinloch.

That morning around 2 a.m., St. Louis County Police say he opened fire on a 2014 Mercedes C300, hitting its owner and a passenger. The bullets also narrowly missed a woman and a 3-year-old who had also been in the car.

The car's owner, 39-year-old Richard Berry, was dead when police arrived. Destiny Howard, 21, was put in an ambulance, but she died before she reached the hospital, authorities say.

The other woman and child were not injured. Thomas stole the Mercedes and took off, according to a probable cause statement. Police distributed a description of the silver four-door. It was discovered within a day, but the shooter had remained on the loose until now, authorities say.

Along with the two murder counts, he was charged with assault, robbery, unlawful use of a weapon and armed criminal action. He was convicted two years ago of unlawful possession of a weapon and received probation. He is being held without bond.