St. Louis County Man to Be Put to Death for Murders Committed in 1996 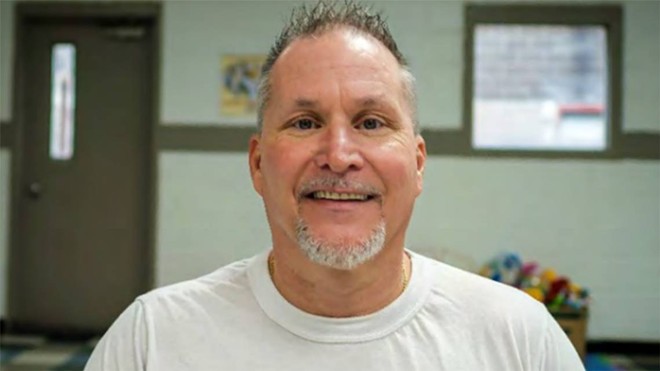 Missourians for Alternatives to the Death Penalty
Carman Deck is scheduled to be put to death tomorrow.

Governor Mike Parsons said in a statement today that Missouri will go ahead with the execution of Carman Deck, whose death penalty sentence has previously been overturned three times.

Deck's execution has been opposed by the Missouri Catholic Conference, the ACLU of Missouri, the Missouri State Conference of the NAACP and a variety of other civil society organizations.

Even Deck's most ardent advocates readily admit he is guilty of murdering James and Zelma Long in 1996 in De Soto, Missouri. However, they say that instead of being put to death, life in prison without the possibility of parole would be a more appropriate punishment.

In July 1996, Deck and his sister Tonia Cummings drove to the Longs' home in rural Missouri. Because Deck had previously been to the residence, he knew that the couple kept money and valuables in a safe.

Deck and Cummings knocked on the Longs' door, pretending to be lost and in need of directions. The Longs invited them in.

At this point, Deck held the Longs at gunpoint. After stealing from their safe, Deck also took money from Zelma Long's purse and from a canister on top of the couple's television.

After completing the robbery, Deck shot both the Longs at point blank range.

Deck was arrested as he returned to his apartment in St. Louis County.

In 1998, a jury handed down Deck's first death sentence. But this was overturned four years later when the Missouri Supreme Court ruled that Deck's defense hadn’t properly explained to the jury what evidence to consider as grounds to spare Deck’s life.

In 2003, Deck was given a second death sentence by a new jury. This one was overturned by the U.S. Supreme Court, which ruled that Deck's right to due process had been violated by his appearing in court in shackles.

In 2017, a third death sentence was overturned in the U.S. District Court, with the judge writing that many of the witnesses who might have testified on Deck's behalf had passed away or refused to appear since the original trial in 1996.

However, in 2020 a three-judge panel of the U.S. Court of Appeals overruled the 2017 decision.

A petition to Parson for clemency sent on behalf of Deck stated that "Mr. Deck’s life history is replete with circumstances that render a sentence of life without the possibility of parole a more merciful and just punishment than a sentence of death.”

The petition states that Deck grew up being shuffled between foster homes in between stints with his neglectful parents. As an infant, he was hospitalized for dehydration because his mother did not give him formula. He was also repeatedly physically and sexually abused.

"Mr. Deck has received due process, and three separate juries of his peers have recommended sentences of death for the brutal murders he committed," Governor Parson said in his statement. "The State of Missouri will carry out Mr. Deck's sentence according to the Court's order and deliver justice."

According to Elyse Max, the executive director of Missourians for Alternatives to the Death Penalty, moments after Parson put out his statement, the U.S. Supreme Court denied Deck's request for a stay of execution, the other avenue his legal team was pursuing for clemency.

"It's unfortunate that governor Parson has not found mercy for Mr. Deck," Max told the RFT. "The question that the U.S. Supreme Court is not going to answer is how many times the state gets to pursue death sentencing even after the defendant's constitutional rights are repeatedly violated."

Deck is scheduled to be executed tomorrow at 6 p.m. at the state prison in Bonne Terre.


Angela Rosener, the daughter of James and Zelma Long, previously told KSDK that she plans to attend the execution, which she supports.

Four inmates have been executed under Governor Parson, including Ernest Johnson, who was convicted of killing three people during a botched convenience store robbery. Johnson was mentally handicapped. Even the Pope called on Governor Parson for clemency.


“We want to be Texas,” Max says. “We are a culture of death, that’s what Missouri is.”

At the moment, 19 inmates, including Deck, have been sentenced to death in Missouri.

According to the Marshall Project, there have been several years in the past decade in which Missouri led the nation in executions per capita.

CORRECTION: A previous version of this article incorrectly stated that Deck is mentally handicapped. We regret the error.