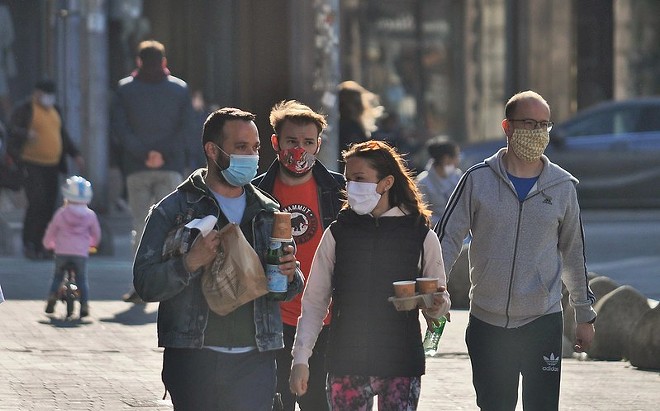 VIA FLICKR / YOUNG SHANAHAN
Attorney General Eric Schmitt declared "another win" over St. Louis County's mask mandate, although a permanent end has not been met yet.

Nearly a month after the St. Louis County Council voted to adopt an extension of the controversial July 26 mask mandate order, a judge has denied the county’s motion to dismiss the injunction blocking the mandate.

The development was met with celebration by the Missouri Attorney General Eric Schmitt, who said Monday that he will "continue to lead this important fight" against mask mandates. Mask mandates are broadly supported by local and national health experts in the fight against COVID.

Schmitt's office filed the lawsuit against the county's health order, leading a judge to temporarily halt the mandate as the suit made its way through the court system.

The dismissals issued against the county mean the fight against the mask mandate will continue. The county had argued that the injunction should be lifted, noting, “there is no longer a conflict between the co-equal branches of government” about the mandate. Yet, Judge Nellie Ribaudo wrote in her ruling that was not the issue at hand.

“Perhaps there is no conflict between the branches of government as to whether or not citizens of St. Louis County and visitors to St. Louis County should wear a mask while in indoor public places at this time,” the ruling reads, “but the questions the court must grapple with is whether or not the Council can extend an order they have already voted to terminate or expired by operation of time."

The legal question at hand, the judge's ruling continues, is if the changes in circumstance require the court to dissolve the preliminary injunction.

The mask order was issued on July 26, and then rescinded by the council a day later, then reinstated on August 27. Ribaudo’s ruling says it’s unclear why the council did not instead create a new health order, and if they would have, then “the claim that the issues are moot” may have stood on its own. The ruling also criticizes the lack of effort to curb the pandemic.

“In a time where solutions are seemingly difficult to find to end the pandemic, we have those who object to all of the solutions that others propose yet they fail to ever offer any solutions as to how to help stem this pandemic,” the ruling reads.

As far as Councilwoman Chair Rita Heard Days — who voted to extend the mandate on August 27 — is aware, she tells the RFT she thinks the mask mandate will play out in the court system rather than the council introducing new legislation. Days described the ruling early this afternoon as “hot off the press,” and says she has not heard from any other council members about plans to introduce a new mask mandate.

“It’ll be up to the County Executive,” Days says about introducing a new public health order.

Although Ribaudo has made it clear in past rulings that this is a case where victories cannot be claimed as long as COVID-19 threatens the residents of Missouri, Schmitt is claiming “another win.”

“The people of St. Louis County scored another win as the court denied the county’s motions to dismiss our case and dissolve the Preliminary Injunction, which remains in place,” Schmitt said in a press release. “There is no mask mandate in St. Louis County.”

Schmitt has touted a number of lawsuits against mask mandates, including one against Missouri school districts that have implemented the measure.

Ribaudo noted in her rulings that both parties have acknowledged “there is a serious health risk occurring in the State of Missouri relating to the COVID-19 pandemic and its numerous variants,” and there is a need to protect oneself from COVID-19.

The ruling set a hearing for the permanent injunction of the mask mandate for October 18. You can read the ruling here.