The first of seven people charged was sentenced today 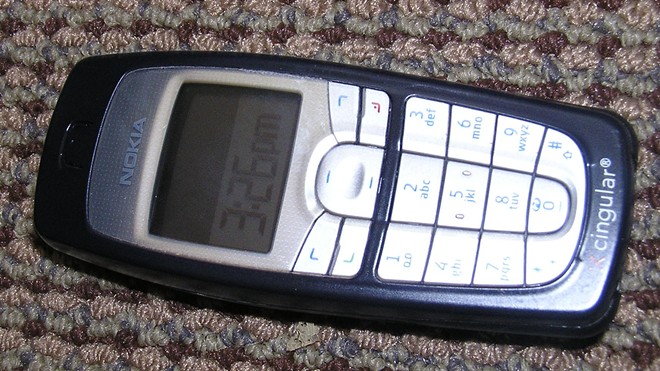 Photo courtesy of Flickr / Shawn Rossi.
A photo of a phone.

The first of seven people charged in a fentanyl distribution conspiracy was sentenced in federal court this morning to six years in prison.

Prosecutors say that 20-year-old Keondray Brooks was the second of three people to use the same phone number to sell fentanyl in St. Louis. When one person was busted with the phone, another ported the number to a new device and used it to keep dealing, authorities say.

For three months starting in November 2020, undercover officers repeatedly purchased fentanyl from Lemarius Logan, who court documents say operated primarily out of a house in the Castle Point neighborhood in St. Louis city as well as another residence in Maryland Heights.

On February 25, 2021, authorities raided both locations. No one was home in Maryland Heights, but authorities did find $16,000 and almost two-thirds of a pound of fentanyl analogues. Logan was present at the Castle Point property at the time. Court documents say as he ran from the police, he ditched a "man purse" containing fentanyl and a firearm. In total, eight guns were seized from the properties.

While in jail, authorities say that Logan engaged in a series of jailhouse calls to his girlfriend, Marcayla Jones, instructing her on how to keep the fentanyl business running. In one conversation, Jones informed Logan that law enforcement hadn't found all the drugs and money during the raid. The calls were recorded, and Jones was indicted in September of last year on fentanyl distribution charges.

Authorities also discovered that despite seizing Logan's cell phone, the number associated with it was still active around the region. The number had been ported to a different device which Brooks was actively using to continue selling fentanyl, operating out of residences in the Carr Square and Baden neighborhoods. Investigators called the number and arranged to buy drugs from Brooks four additional times.

On May 19, 2021, after the final sale to undercover officers, Brooks was placed under arrest and charged with distribution of fentanyl.

However, with Brooks in custody, authorities say that the drug-dealing phone number initially being used by Logan that had been ported to Brooks, was ported a second time. Court documents say that the same undercover officers called the number again, and this time an unknown man answered the phone. When officers said they wanted to buy fentanyl, they were directed to an address in St. Louis County.

At the address, authorities say they were met by Hosea Clark and Marcus Redrick. Once the deal happened, police moved in. A spike strip was deployed to stop Clark and Redrick from fleeing. Both were charged with fentanyl distribution.

In addition to Logan, Brooks, Jones, Clark and Redrick, two other individuals have been charged in connection to the conspiracy.

Brooks' six year sentence was the first to be handed down in connection to it. Logan and Redrick have pleaded guilty and are scheduled to be sentenced in February and March, respectively.

In court this morning, Brooks' attorney, Robert Taaffe, argued for leniency based on the fact that Brooks only had the phone number for a relatively brief two and a half months before he was arrested.

Brooks spoke briefly before his sentencing, saying that he wanted to apologize to the court.

"Don't apologize to me," Judge Matthew Schelp replied. "Maybe to your family."

"We accept your apology," said several of the members of Brooks' family in the courtroom.

In total, authorities seized $55,000, two cars and 15 guns from the alleged members of the conspiracy.