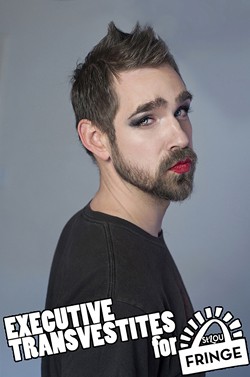 The scheduling gods have not always smiled on the St. Lou Fringe Festival. In 2012 founder Em Piro inadvertently launched the event the same weekend as PrideFest, hurting attendance. This year, she faces yet another confounding scheduling coincidence:

Eddie Izzard, the self-styled "executive transvestite" comedian who broke out in the 80s at the original Fringe festival in Edinburgh, Scotland, will grace the stage of the Fox Theatre on June 19, the same weekend as the St. Lou Fringe Festival. Piro says she tried inviting Izzard to visit St. Lou Fringe, but his public-relations people passed on the idea.

"We thought that if we got his attention by using a bit that he's done, we could get on his radar," says Piro, referencing the comic's Emmy-winning 1998 special Dress to Kill, in which the kimono-cad Izzard laid out the differences between "weirdo transvestites" -- like J. Edgar Hoover and Hermann Göring -- and "executive transvestites" like himself.

Piro enlisted the help of Fringe Festival volunteers, vendors and artists to model for Schroeder's camera. The results are portraits of bearded ladies, gown-wearing dudes and a whole lot more in between.

"We're also interested in engaging Eddie's fans," Piro says. "In many ways, his work is quintessentially fringe. So if it doesn't get under his nose, maybe some other people will care about it and it will pique their interest." 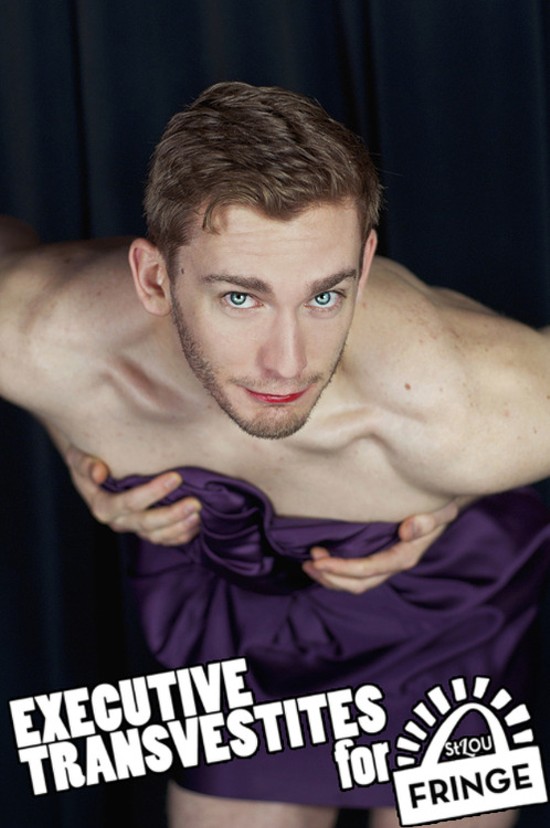 Running from June 18 to 22 at Grand Center, St. Lou Fringe can be reached in minutes from Izzard's June 19 venue at the Fox Theatre. It might be a long shot, but Piro is holding out hope that the quintessentially fringe comedian will check out all the fringy-ness happening just blocks from his show.

"It's just magical that he's there at the time," she says. "If he just peeped over and showed his face, it would be awesome."

Piro tells Daily RFT her team will be adding more photos to the Tumblr page in the coming weeks, tagging each with #executivetransvestitesforfringe. If you'd like to contribute your own "executive transvestite" photos, send them to Piro at [email protected]