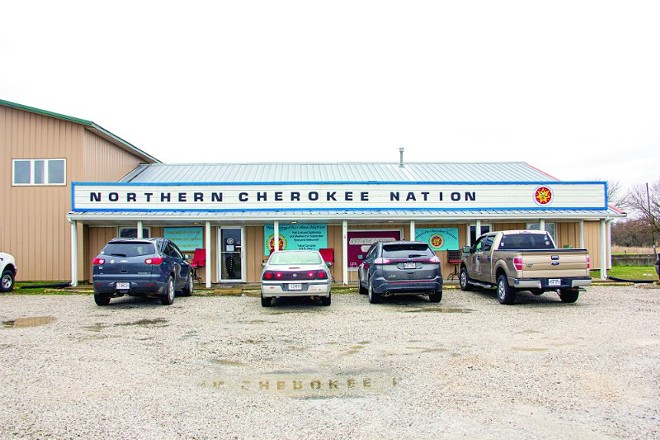 Four St. Louis companies that sued the city in 2019 over alleged discrimination have (for the second time) been denied minority status over their links to the Missouri-based Northern Cherokee Nation.

The self-described "Cherokee tribe" is not recognized by the federal government. It maintains unsupported — and, in some cases, provably false — claims to Native American ancestry.

According to records obtained through a Sunshine request, the city's Program Review Committee met July 27 to recommended that the four companies — CCI Environmental Inc., Global Environmental Inc., Premier Demolition Inc., and D.W. Mertzke Excavating & Trucking — be denied minority certification, meaning they can no longer qualify for the select contracts offered to firms in the city's workforce diversity programs.

The action is the latest development in the aftermath of national scrutiny into how federal and local "set-aside" contracts — which are mandated by law to be awarded to minority businesses — have been mismanaged for years. Defying regulations, the programs have allowed a web of alleged ethnic fraud to flourish across dozens of states while diverting hundreds of millions of dollars from members of legitimate native groups.

Missouri is at the web's center. There are no federally recognized Native American tribes based in the state, and there is no state agency that officially recognizes native groups — and yet, Missouri is home to at least three self-described "Cherokee tribes," including the Northern Cherokee Nation.

Headquartered more than 200 miles from St. Louis in Clinton, Missouri, the Northern Cherokee Nation was founded in the early 1980s. It is not one of the three Cherokee tribes recognized by the federal government.

The group's dubious claims to authenticity were key to the 2019 lawsuit, which the companies had filed in response to St. Louis' first action to remove them from its roll of minority-owned businesses.

Filed in federal court, the lawsuit accused city officials of discriminating against the companies' owners by holding them to a different standard than those companies seeking certification as other minorities.

But the city's policy was in line with federal law, which requires that companies seeking minority status as Native Americans be linked to a tribe recognized by the U.S. Bureau of Indian Affairs. DANNY WICENTOWSKI
Kenn "Grey Elk" Descombes, chief of the Northern Cherokee Nation, maintains that his tribe is "just as much" a minority as federally recognized Cherokee groups.

As it turned out, this federal law has been widely ignored for nearly a decade. In the summer of 2019, a jaw-dropping investigation from the Los Angeles Times found that the regulations for certifying Native American-owned businesses were unenforced across the country — at both the local and federal levels. The lapses have allowed companies to reap the benefits of minority status even though their owners have no verifiable native ancestry.

The Times investigation featured several St. Louis companies, including those just recently decertified. Enlisting the aid of a genealogist and the Cherokee Heritage Center, the Times found that the ancestors of both Vicki Dunn, owner of Global Environmental, and Bill Buell, the owner of Premier Demolition, were listed as white on census and death records.

Both company owners had been minority-certified through their membership in the Northern Cherokee Nation.

For Premier, the certification allowed it to win a $311,000 city demolition contract in 2017. Meanwhile, Dunn's minority status opened the door to an $80,000 city contract — but the real money was the federal jobs, which their contracts were measured in the millions.

As Riverfront Times later confirmed, it was the inquiries from the Times journalists that alerted St. Louis officials to the fact that its workforce diversity program had awarded lucrative contracts to companies linked to the Northern Cherokee Nation.

In an interview days after the Times published its investigation on June 26, 2019, then-St. Louis city counselor Julian Bush told the RFT that the city "came to have qualms" over whether a total of five companies in its diversity program "truly were American Indians."

As meeting records show, those qualms led the city board that regulates certifications for minority-owned businesses to meet on June 12, 2019. The board voted unanimously to decertify a total of five St. Louis firms. In response, four of the companies sued the city.

Delayed by the pandemic, the lawsuit spent another year rolling through federal court before U.S. District Judge Rodney W. Sippel issued a consent judgment on April 12.

While dismissing demands for damages, Sippel did order the city to pay the companies a total of $15,000 for attorneys costs.

Limited in scope, the order did not weigh in on the veracity of the Northern Cherokee Nation's claims to authenticity; instead, the judge simply ordered the city to accept new applications from the four companies seeking certification as minority-owned businesses.