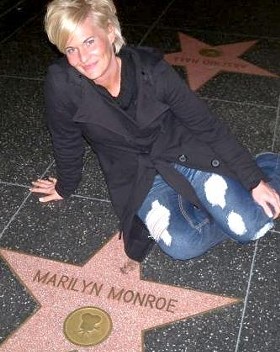 Ray, owner of Salon K in the Delmar Loop, was loitering outside a St. Louis hotel last spring hoping for a glimpse of George Clooney (remember that story?) when she found copies of the scripts of The Twilight Saga: New Moon, the second movie in the Twilight series, and the recently-released Remember Me.

With the help of her attorney Albert Watkins, Ray returned the script to Summit Entertainment, who rewarded her with autographed scripts and a trips to Hollywood for the premieres of both films. She attended the New Moon premiere and after-party in November but subsequently incurred Summit's wrath by complaining to TMZ that she'd had to pay for her own airfare and hotel and then attempting to auction off her Remember Me tickets on eBay.

Ray filed and then dropped a lawsuit against Summit after the case was settled out of court.

Apparently Summit let Ray keep her scripts. The one currently on the auction block is signed by Robert Pattinson and Kristen Stewart, but not Taylor Lautner. The lucky winner will also have to pay $50 shipping. But the package includes not just the script but Ray's invitation and ticket to the movie's premiere and a letter of authenticity. Hurry up! Bidding ends on Monday, April 12.