July precipitation in St. Louis was 311 percent higher than normal 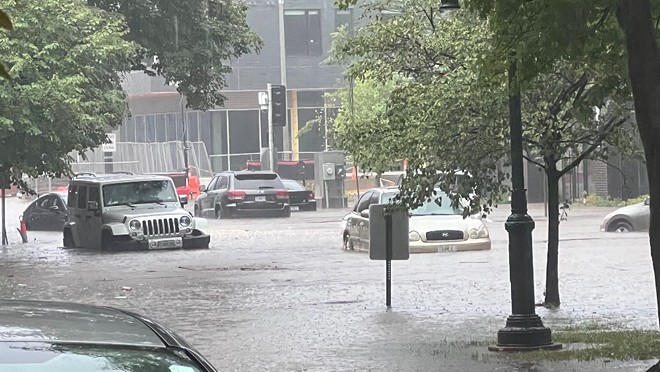 St. Louis experienced record levels of rainfall in July, but this may be the new norm, says meteorologist Lauren Casey of Climate Central.

The area saw its second wettest July since 1874, according to data from Applied Climate Information System. The city saw 12.22 inches of precipitation, which is 311 percent higher than the normal amount. A large portion of the rain came from an overnight storm on July 26 that poured 9 inches onto St. Louis –– mostly within three hours.

Of the 180 locations that Climate Change analyzes, St. Louis was the second wettest location relative to normal.

VIA CLIMATE CENTRAL
The annual average hourly rainfall has risen steadily in the past 50 years.

Some may look ahead at the upcoming August forecast, see 80-degree days and think the worst is behind us. But that’s not the case, Casey says. The heavy rain will continue for years to come –– and it’s a result of climate change.

“This is a phenomenon that's going to continue to increase for most sections of the country going forward,” Casey says.

According to data from the Applied Climate Information System, the average temperature in July in St. Louis was 82.8 degrees –– and that's an increase of 2.5 degrees since 1970.

VIA CLIMATE CENTRAL
The average temperature in St. Louis has increased by 2.5 degrees since 1970.

“What we're seeing is increased heavy precipitation events,” she explains.

Casey says the rain is coming down heavier and faster, too: “So that's why we're seeing this increase in flash flooding events.”

The phenomenon also explains why the area has flip-flopped between extremely hot and extremely rainy days.

“If you're getting a very hot day, you can really destabilize the atmosphere. Then you're getting these huge thunderclouds to build up and they're capable of raining down so efficiently,” Casey says.

St. Louis Area Flood Relief: Where To Find Help, And Give It: Flash floods leave businesses, residents under water and in need 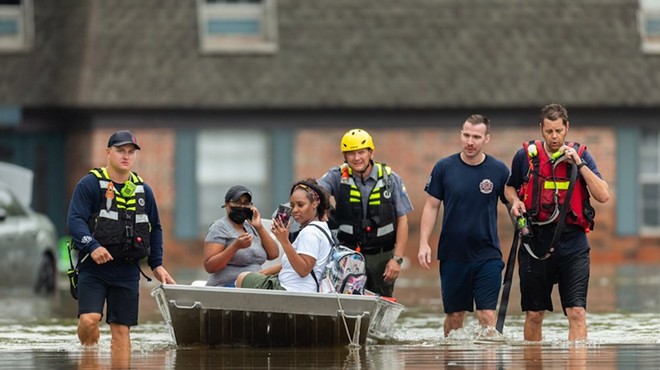 
It's not only the amount of rain that's an issue –– the speed of the rain makes responding quickly to massive storms a challenge.

“It's coming so fast that it's triggering these flash floods faster, so there's less lead time for warnings to be issued, and less time for people to take appropriate safety measures,” she says.

The increase in faster, heavier storms emphasizes the need for long-term solutions. During July, residents of St. Louis witnessed sewer systems back up and roads flood all across the city. In the south St. Louis neighborhood of Ellendale, for example, the River Des Peres overflowed with sewage into streets and homes, angering residents.

“We’re ill-prepared for where we're at now, let alone what we're going to see going forward,” she says.