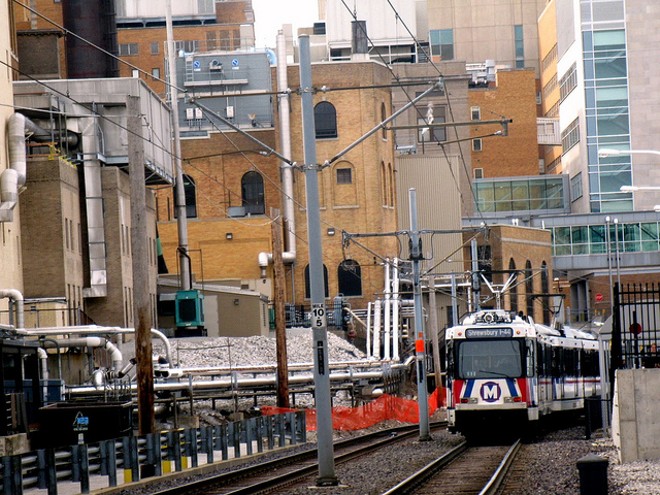 PHOTO COURTESY OF FLICKR/DAVID WILSON
The Central West End and its nearby Cortex Innovation District have attracted big investment in recent years.
How affordable is St. Louis? The answer differs sharply depending on where you're coming from.

A new study from Apartment List shows that wages have risen in the metro area, even when adjusted for the increased cost of housing — but only for knowledge workers. For service workers and blue-collar workers, once you adjust for the cost of housing, wages have actually dropped.

The study looks at 2005 from 2015. Knowledge workers in the St. Louis area — including engineers, lawyers, designers and managers — saw a seven percent increase in wages in that period, even when accounting for housing costs.

But blue-collar workers saw their wages drop 7.1 percent when housing costs are factored in. And service workers saw a 8.1 percent drop, the study says.

The study noted that six metro areas have managed to buck the national trend: Tulsa, Birmingham, Providence, Oklahoma City, Charleston, and Rochester. Those half-dozen managed to do well across the board, with workers in all three categories showing gains.

St. Louis, not so much. In fact, the divide here is even sharper than the one seen nationwide.

The numbers don't lie. And in St. Louis, the affluent are getting more affluent even as their less privileged counterparts fall farther behind.