A surging drug overdose death epidemic is cutting a deep, jagged line across the St. Louis region, sparing almost no town or neighborhood.

More than 1,000 people in the St. Louis area died from drug overdoses last year — a record number — and fentanyl, a synthetic opioid 100 times more powerful than morphine, is the biggest reason why.

Fentanyl contaminates virtually all street drugs such as crack cocaine and methamphetamine, as well as counterfeit versions of such popular prescription drugs as Xanax and Adderall. Fatal overdoses occur because consumers of these drugs unwittingly ingest the fentanyl, trace amounts of which can prove deadly.

Sayler Fleming, the U.S. attorney for Eastern Missouri, on Thursday told more than 200 law enforcement personnel and prosecutors from 50 agencies the urgent nature of the overdose crisis means they must take a tougher approach — turning overdose death cases into homicide cases.

“When it comes to drug overdose deaths, especially with respect to fentanyl, I think we are fighting a very, very steep uphill battle,” Fleming told attendees of Operation OD Justice, a conference held Thursday at Twin Rivers Church, in south St. Louis County.

The nature of the opioid crisis is especially insidious because of the fact fentanyl is so deadly and pervasive, according to Fleming.

In past decades, it was common for teenagers and young adults to experiment with drugs such as Xanax or Percocet, she said.

“More likely than not, they usually knew what they were taking,” Fleming said. “But we know now oftentimes they don’t know what they’re taking. They may take a Percocet or they may be taking a Percocet with fentanyl.”

“That’s a lot,” he said. “We have a lot to do. We need to hold the individuals and organizations accountable on our streets and killing our citizens.”

Davis noted the DEA and other federal agencies are engaging with China and India to prevent the precursor chemicals used to make fentanyl from coming into America, while the DEA is also pushing hard to interdict drug traffickers bringing fentanyl across the border from Mexico.

“We want to spread the wealth,” he said.

Fleming pointed out that prosecuting a drug overdose death can be very complex because “you have a drug trafficking angle and you have a homicide angle. At some point you think, ‘Why put that extra effort into linking the two? Because we can get this guy off the street for simple distribution.’”

But bridging this gap is worth the extra effort, Fleming said, “because we’re not just taking a drug trafficker off the streets, we’re going to be taking them off the streets for a very, very long time, maybe forever.”

There is another benefit to taking this tack, she said.

“We’re also going to be giving a sense of justice, maybe a little bit of peace to family members, their friends, and all those that are left behind,” she said. “And I think finally you’re going to send a message. And I think it’s going to be a real strong message….There are some that will listen to that. Maybe it’ll make them at least think twice about it.”

Members of the news media were asked to leave following Fleming’s and Davis’ opening remarks.

The rest of the daylong conference was devoted to a wide range of topics dealing with overdose death investigations, including the mapping of overdose data, interpreting toxicology reports and providing law enforcement agents the tools to work more effectively with state and local prosecutors. Speakers came from Baltimore, Los Angeles and San Diego, according to the event’s schedule.

Nationally, an average of 295 Americans die each day from drug overdoses. The national Centers for Disease Control and Prevention estimates there were about 108,000 drug overdose deaths in the United States in 2021, an increase of nearly 15 percent from the year before.

In later remarks to the media, Fleming said her office plans to hire a prosecutor focused exclusively on drug overdose fatalities.

The challenges in prosecuting dealers connected to drug overdose deaths are illustrated by the hurdles facing the DEA and Fleming’s office in going after the people responsible for St. Louis’ worst mass drug overdose event.

The mass overdose event occurred in early February, when eight people died from the ingestion of fentanyl-tainted crack cocaine at the Parkview and Park Place apartments, in the city’s Central West End. 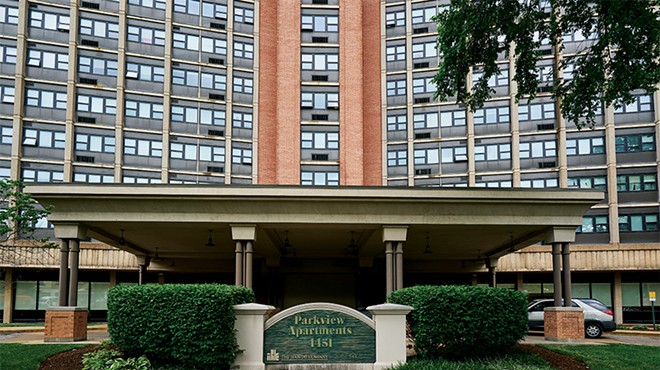 The DEA within a few days brought charges against Chuny Ann Reed, a longtime heroin and fentanyl user. Reed supported her addiction by selling crack cocaine to neighbors out of her 14th floor apartment at the Parkview Apartments.

But after eight months Reed remained the only person arrested and charged in the case, and the case against her centered on a federal charge of distributing fentanyl and crack cocaine resulting in bodily injury, not homicide. No one else has been charged in connection with the eight deaths. 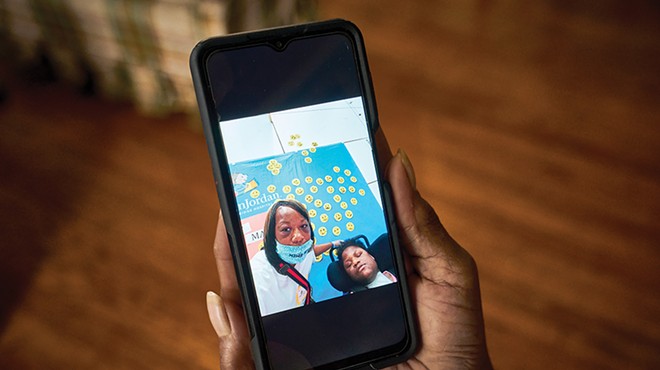 Family of Woman Accused in Mass Overdose Wants Answers After Prison Death: Chuny Ann Reed was awaiting trial for her connection to 8 deaths in the Central West End

Reed died in July at the Southern Illinois jail where she had been incarcerated while awaiting trial. The Illinois State Police criminal investigation unit is still looking into her death.

Meanwhile, the investigation into the eight overdose deaths is still ongoing, Davis said.

“I can’t really talk about that case,” he said. “Because it is an active investigation. But I can tell you this, when we work these types of cases, we’re not just focusing on one person, we’re focusing on, hey look, who that person got it from, and who that person got it from. We always want to find out the ultimate distributor of these types of drugs.”