St. Louis Man Busted with $1 Million Worth of Counterfeit Merchandise 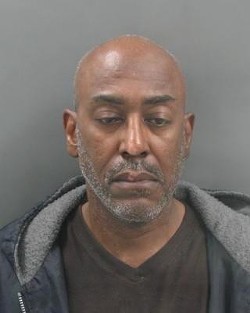 Police have identified the suspect as 55-year-old Dirk Robinson. He's charged with counterfeiting and unlawful possession of a firearm and being held on $150,000 cash-only bond.

St. Louis police say a man was operating a veritable department store of counterfeit merchandise out of his north city home.

Police made the discovery yesterday afternoon while executing a search warrant complaining of questionable goods being sold from the house. The home is in the 4700 block of of Margaretta (below).

Police say they discovered large sums of money and numerous items such as DVD's, clothing and accessories believed to be counterfeit. Police are still removing merchandise from the home, and have already hauled out hundreds of items.

It is believed that the total value of the likely counterfeit merchandise may be more than $1 million.

The suspect is described as a 53-year-old black male. He has been taken into custody but not yet charged. The police say they plan on asking federal authorities to assist in the investigation.