If we're going to allow urban goats, why not sheep, too?

Mayor Francis Slay says it's not that baaaaaa-d of an idea.

Last week we reported on the apparently very popular urban farming trend of raising backyard goats in the city of St. Louis. The early chit-chat of some sort of goat ordinance has got some other local urban farmers quacking: What about sheep?

The city may push forward with a policy to regulate city goats in a similar fashion to bees and chickens. And now, maybe sheep as well. 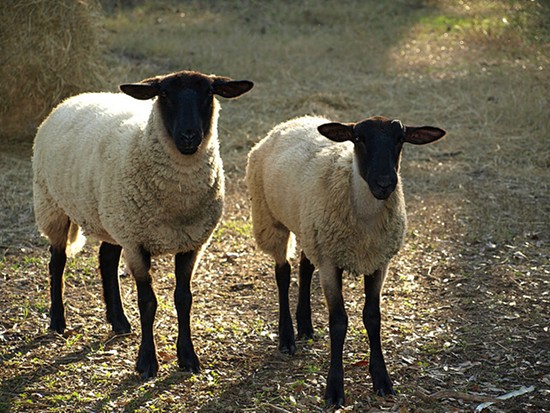 At the risk of awakening the partisans of other barnyard animals and incurring the wrath of a bemused health director, I offer this update:

The Great Goat Conversation has drawn a response from Amy M, who asks that we alternatively (or simultaneously) consider the introduction of native-bred sheep ("particularly the miniature varieties as they are much smaller, most only grow to be about 2 ft high").

She argues that many breeds of sheep are better tempered, more correctly sized, less voracious, less likely to foul a yard, absolutely unlikely to climb a fence ("goats can and do climb fences"), able to produce more of a renewable resource, and more likely to be better companions.

I promised to raise the subject here, sheepishly.

If you're raising goats, sheep or other city farm animals, send Daily RFT an e-mail and some pics!