Monica Obradovic
In a press conference on Monday, Mayor Jones told reporters she expects the city will be sued if the bill passes and becomes law.

St. Louis Mayor Tishaura Jones on Monday voiced her support for a new St. Louis Board of Aldermen bill that would use American Rescue Plan money to fund reproductive health services, including access to abortion.

Board Bill 61 would allocate $1.5 million in American Rescue Plan funds to a Reproductive Equity Fund for organizations to ease access to reproductive health care. Organizations could access the money through grants from the St. Louis Department of Health, which would receive an additional $250,000 to administer grants through the fund.

In a press conference on Monday, Mayor Jones told reporters she expects the city will be sued if the bill passes and becomes law. A federal provision called the Hyde Amendment prohibits federal funds from being used for abortion services.

“We are working with the city counselor's office to see what is allowable and if this is allowable spending of our [ARPA] funds or municipal funds, but this is the time to act, and people elected a mayor to act on their behalf,” Jones says.

In compliance with federal law, grants provided by the bill will not be used to fund abortion procedures. Rather, funds will be used to cover incidental costs such as transportation or childcare expenses. 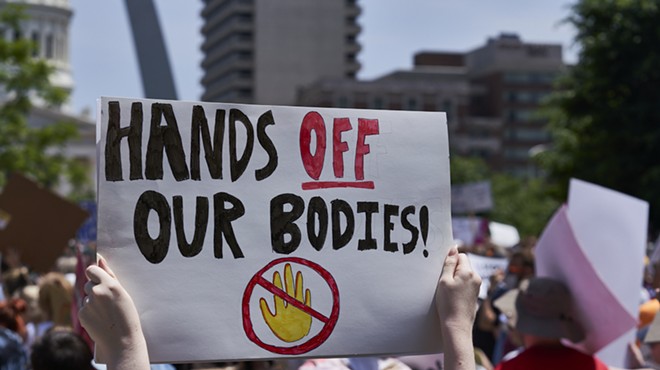 
Yet abortion-related services are not the whole scope of the bill. It would also appropriate $1.3 million in ARPA dollars to the St. Louis Department of Health to provide testing, treatment and vaccination for COVID-19.

This would directly affect doulas such as LaKisha Redditt.

“Most of us work for free, especially Black and brown doulas,” Redditt tells the RFT. “Our clients don’t make a lot of money. Most of them are on Medicaid. Most of them are from low-income families seeking support.”

Redditt chairs the St. Louis Doula Project, a network of community doulas who provide a broad spectrum of reproductive health services, from live births to abortion support. The organization is led by women of color who work to provide maternity care to some of St. Louis’ most marginalized populations.

Doulas often live in the communities they serve, which equips them to provide the best culturally competent care, according to Redditt.

“Culturally competent care means you understand the health disparities and inequities that happen to Black and brown people and our white counterparts,” Redditt says. “We [doulas] look at care from a lens of what happened to a person, as opposed to what’s wrong with them.”

With this in mind, Redditt argues that doulas will become part of the solution to St. Louis’ health inequity. Black women here are four times more likely to die than white women as a result of pregnancy.

This health disparity grew even larger during the COVID-19 pandemic, according to Pro-Choice Missouri Executive Director Mallory Schwarz.

“The pandemic has exacerbated existing social and economic inequities,” Schwarz told the RFT last week. “So many people have lost wages, hours and jobs. This has fallen the hardest on Black and brown women and pregnant people in our region.”

Advocates for Board Bill 61 say this ever-widening gap justifies using ARPA funds for the services outlined in the bill.  Still, the bill contains a severability clause, so if any part of the bill is deemed unlawful, the remaining parts would stay in effect.

Board Bill 61 was introduced to the Board of Aldermen on Friday. It was referred to the Health and Human Services Committee that will consider the bill at its meeting on Tuesday.

This article was updated with Pro-Choice Missouri's current name on July 7.