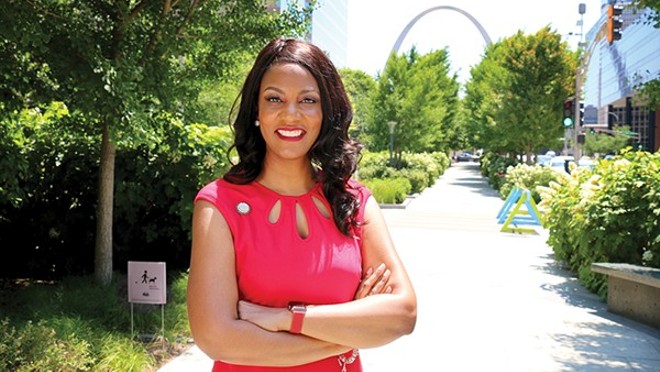 COURTESY TISHAURA JONES
Mayor Tishaura Jones' direct relief proposal is headed to the Board of Aldermen for approval.

Mayor Tishaura Jones’ $80 million direct relief proposal was approved by the St. Louis Board of Estimate and Apportionment today, but it could face a battle at its next stop in the Board of Aldermen.

"The past year and a half has been devastating for St. Louis families and businesses," Comptroller Darlene Green, who is one third of E&A, said in a press release. "The relief package presented by Mayor Jones prioritizes addressing the most urgent needs for our residents, and I encourage everyone to work together so that we can quickly put these relief funds to work for our community."

Jones and Green both voted for the package, but E&A's third member, Board of Aldermen President Lewis Reed, refused. Reed and Jones are frequent rivals and have quarreled throughout the process. The proposal passed by E&A, which has oversight of a swath of city finances, could clash with a separate proposal in the Board of Aldermen.

Jones and her administration are pushing for rapid approval. Mayor's spokesman Nick Dunne said in an email that the package needs to be "moved and passed as soon as possible to ensure we get vaccines in arms, rental and utility assistance to those who need it, and funding for programs that will keep our youth engaged." Jones is urging the board to "move quickly to get relief to St. Louis families" and said in the release she "remains ready to work with the Honorable Members of the Board to make it happen."

Highlights of the package include: $6.75 million in public health infrastructure, $58 million in direct economic relief and $11.5 million to address the root causes of crime and improve public safety.

The Board of Estimate and Apportionment also passed $200,000 in funding for organizations, specifically United Way and Urban League, to continue rental assistance programs and prepare for the scheduled end of the federal eviction moratorium on July 31.

Jones, "recognizing the importance of increasing vaccination rates in the face of the Delta variant," also passed a $200,000 emergency contract for vaccine canvasses "to make sure disinvested communities can get educated and vaccinated as soon as possible," the release said. The statement also cited city health department statistics that found that roughly 80 percent of new COVID-19 cases in May and June have been in Black communities.

“There is an urgent need to get these relief funds to St. Louisans as soon as possible. We must get more shots in arms, keep families in their homes and build out youth programming and jobs to improve public safety this summer,” Jones said in the statement. “With more than 2,500 pending evictions in St. Louis and the Delta COVID-19 variant spreading throughout our state, we need to work together to protect city residents immediately.”