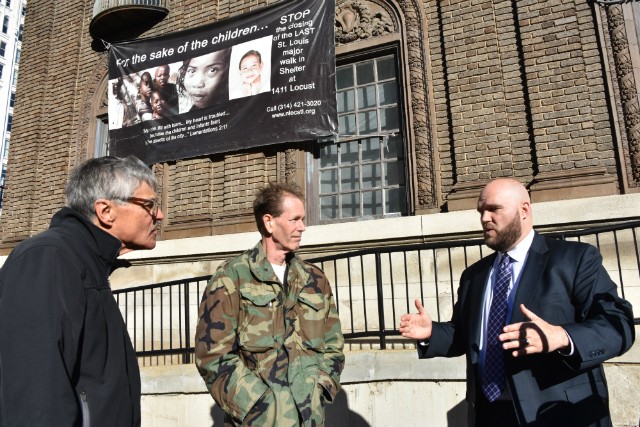 A lawsuit regarding two men who were cited for feeding the homeless isn’t over yet, despite an early October loss.

Dave Roland, director of litigation for the Freedom Center of Missouri, says his clients plan to continue the case –– either appealing to the U.S. Supreme Court or taking it to Missouri state court.

At the center of the suit are questions of religious freedom and public health.

The case involves Pastor Raymond Redlich, vice president of the New Life Christian Evangelistic Center, and Christopher Ohnimus, his assistant. On Halloween night in 2018, a police officer issued a citation to them for providing free bologna sandwiches to homeless people. At the time, the ordinance noted that people could not hand out “potentially hazardous food,” such as meat, without securing a temporary $50 food permit two days prior.

The citation was later dropped, but the case was not.

Since then, the two men have faced off with the City of St. Louis in court. Redlich and Ohnimus have argued that it is their religious duty, and freedom, to provide food to homeless people.

“The most important thing is that we cannot allow the government to prevent people from helping each other,” Roland says. “That's what this boils down to.”

Nick Dunne, spokesperson for Mayor Tishaura Jones' office, told RFT, "In the matter of this case, we believe the Judge's ruling speaks for itself."

Following the citation in 2018, Redlich and Ohnimus sued the city in 2019. But in July 2021, a district court judge ruled in favor of the city. Redlich and Ohnimus appealed the decision to the Eighth Circuit Court of Appeals, which determined in early October that the St. Louis city ordinance did not violate Redlich or Ohnimus’ First Amendment rights.

In the decision, judges Kate Menendez, James Loken and Jane Kelly wrote the city was not at fault. 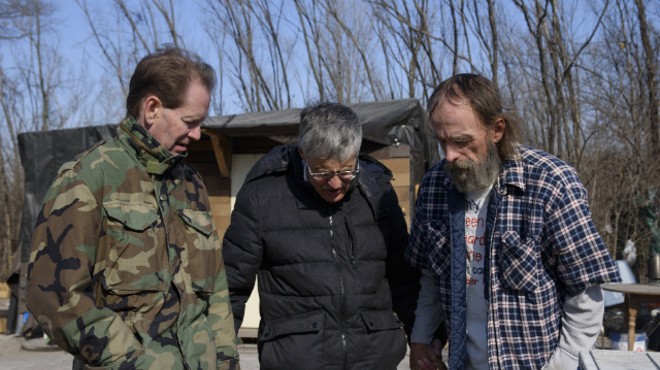 But this argument ignores the heart of the matter, Roland says — two people who are handing out a filling meal, safely cooked in a church kitchen, that will help people in their community who need it.

This isn’t just a St. Louis issue, Roland says. He has watched municipalities fine and ticket people who feed the homeless for nearly 15 years in Philadelphia; New York City; and most recently, Bullhead City, Arizona, where a woman was arrested earlier this year after providing food to the homeless.

“This issue isn't going away,” he says. “Cities continue to try and limit or prohibit those who would simply share food with the hungry people in their city.”