St. Louis Named No. 5 Most Dangerous City Because No One Knows How Statistics Work 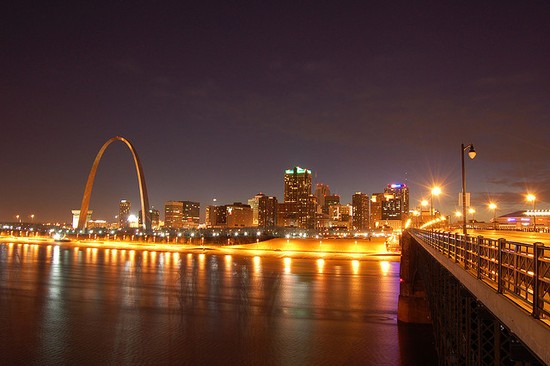 David Herholz on flickr
Welcome to America's fifth most dangerous city...sort of.

The report, based on the annual release of FBI violent crime statistics, is heavily skewed to make St. Louis appear more violent, as Mayor Francis Slay, business leaders and rapping Washington University ballerinas have made abundantly clear for more than eight years.

St. Louis is in a unique situation because the city and county are divided. Unlike any of the other top ten cities, St. Louis is measured only by the crime within the city limits, excluding county crime entirely.

Update, Feb. 2: St. Louis doesn't just have a crime problem; it has a crime statistics problem.

Historically, America's largest cities have grown over time, expanding their boundaries to include suburban or rural land and incorporating it into the city.

But when St. Louis city left St. Louis County in 1876, it was sandwiched between the county line and the Mississippi River, leaving only the urban core, concentrating the metropolitan area's crime into city stats.

"Any urban core is going to have problems," says St. Louis County Police Chief Tim Fitch in Time Magazine. "What we don't have is the suburban and the rural areas that some of those cities have to help offset or balance those crime numbers."

Richard Rosenfeld, a UM-St. Louis professor of criminology, wrote in USA Today that the CQ Press statistics inflate crime in communities where the central city's population is dwarfed by that of the suburban areas.

"If crime rates are to be compared at all, the comparisons should be among metropolitan areas, not central cities," says Rosenfeld. "Doing so can change the picture dramatically." CQ Press releases data based on cities, not metropolitan areas, according to the methodology.

Don't worry, we know understanding statistics is hard. Let these ladies break down the basics for you:

And just to make sure we're perfectly clear, here's one more:

Skewed statistics have put St. Louis in the top ten most dangerous cities for years. 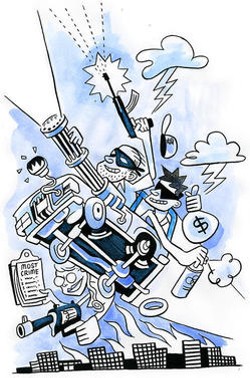 Dan ZettwochCQ Press ranked St. Louis as the second most dangerous city, behind Camden, New Jersey, in 2009. St. Louis also got a No. 2 ranking in a 2010 Forbes report that didn't include data from Chicago, Las Vegas or East St. Louis.

St. Louis earned the crown again in 2010 when CQ Press named it the most dangerous city in America.

By 2011 St. Louis dropped down to fourth place in the CQ Press rankings but jumped up to No. 1 in U.S. News and World Report, beating out Atlanta, Detroit and Baltimore. In 2012, St. Louis dropped back down to third most dangerous.

In 2013, St. Louis was known not just as the most dangerous city but as the deadliest because of a combination of crime (based on those backward statistics) and natural disasters.

And now we're back, albeit at the lowest rank in years. CNN Money's analysis puts St. Louis as the No. 5 most dangerous city in America behind No. 4 Oakland and before No. 6 Cleveland.