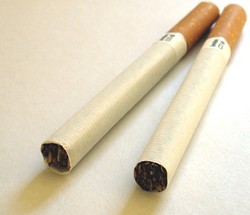 Police say that a man in his twenties approached a teenager in south St. Louis over the weekend and asked him for a cigarette.

The seventeen-year-old male responded that it would cost him 35 cents -- a reply which apparently angered the man, who then followed the teen into a store in the Carondolet neighborhood at around 11:30 p.m. Sunday night.

The suspect, police say, proceeded to pick up a sign and throw it at the victim, hitting him straight in the head.

Apparently not satisfied with this attack, he continued fighting him in the parking lot outside the store, eventually pulling out a knife.

Police say he stabbed the teenager in the back of the neck -- and then fled from the scene, which was at the 500 block of Bates Street. 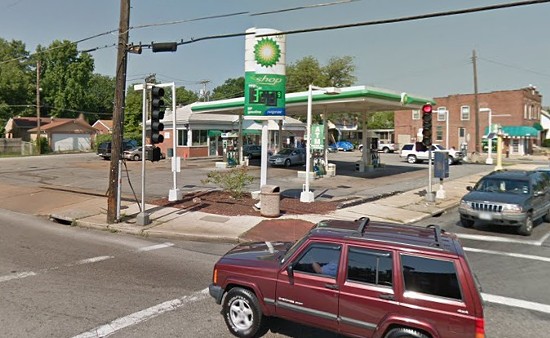 The teenager was taken to the hospital and is expected to survive.

For what it's worth, this is not the first time Daily RFT has written about an incredibly violent assault over a cigarette in the city of St. Louis this year. In April, one man allegedly broke a plate over another man's head during a dispute regarding a cigarette. In May, a man beat another man with a mallet after fighting about the whereabouts of a lighter, cops reported.

Here's the full report from metro police on the latest cigarette assault incident: