St. Louis Police Shot at While Attempting to Break Up Downtown Fight

Send a News Tip
Two St. Louis police officers dodged gunfire early this morning while attempting to break up a fight at the corner of St. Charles and Tucker downtown. 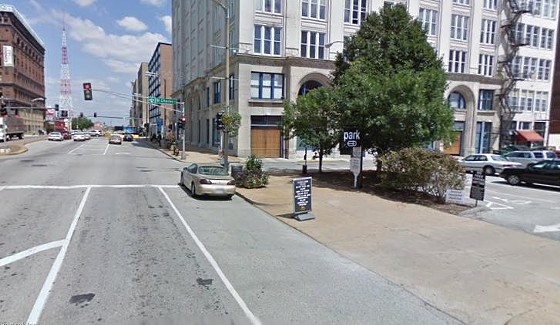 According to police, the two cops were standing by their marked vehicles around 2:11 a.m. today when they attempted to cross the street and enter a parking lot (above, right) where a group was engaged in a brawl.

As the officer crossed the street a suspect turned toward the police and fired shots in their direction. The cops took cover and escaped injury. The suspects, meanwhile, took off in a gray, newer model Pontiac Gran Prix with tinted windows.