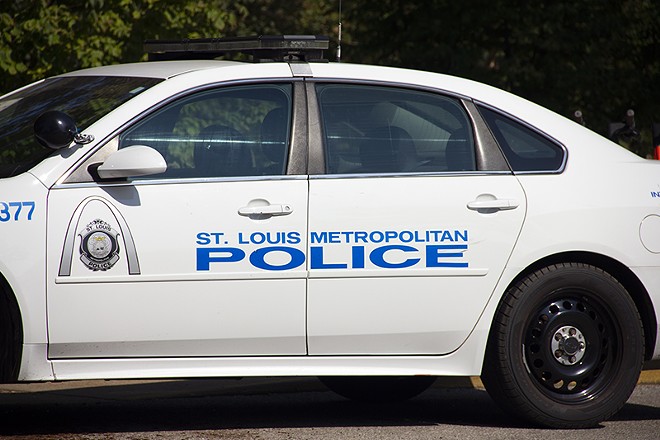 But St. Louis police organizations weren’t having it.

Three police representatives filed a lawsuit targeted at Board Bill 47 six days after the mayor signed it. The bill, sponsored by Ward 26 Alderwoman Shameem Clark Hubbard, creates a Division of Civilian Oversight in St. Louis’ Public Safety Department; it passed the Board of Aldermen with a 17-3 vote in July. When Mayor Jones signed it, she called it “a critical step forward” in improving trust between community and police.

Yet for three St. Louis police unions, the bill represents a significant overreach. It sparked so much concern that the St. Louis Police Officers Association (SLPOA), the Ethical Society of Police (ESOP) and the St. Louis Police Leadership Organization have formed a rare united front as plaintiffs in the lawsuit.

SLPOA supported Darren Wilson during the Ferguson unrest; ESOP did not. SLPOA criticized five former St. Louis Rams athletes in 2014 after they entered a game with their arms raised in a “hands up don’t shoot” pose. ESOP commended the athletes’ actions, saying it “completely supported” the Rams’ players protests.

When St. Louis Circuit Attorney Kim Gardner filed a civil rights lawsuit in 2020 against the city and SLPOA — in which Gardner accused them of orchestrating a racist attempt to oust her from office and block her from doing her job — ESOP stopped short of supporting Gardner but asserted her allegations of racism among police as true.

Gardner’s lawsuit was the culmination of multiple, stymied attempts to reform St. Louis’ criminal justice system. During her first year in office, Gardner attempted to form an independent team to investigate police misconduct. A Board of Aldermen bill that would have established such a unit in her office never made it past a first reading in 2018.

Police representatives fear this new unit and the Division of Civilian Oversight would subject officers to prejudice by people with a “hidden agenda against law enforcement,” ESOP wrote in a statement posted to Facebook on August 4.

“I thought ESOP stood for holding bad actors accountable?” Jones wrote. “I think you should give the law a chance before suggesting amendments. Be blessed.”

Board Bill 47, if enacted as written, would cause “real interference with the police department’s ability to do their job,” says Sherrie Hall, ESOP’s lawyer.

Civilians having that much power to interfere borders on “abolishing police in general,” Hall tells the RFT. “I don’t think anybody who’s being rational about this really wants that.”

The Civilian Oversight Division will review complaints, which can be filed in-person or online, for police misconduct and use-of-force incidents. It will also have subpoena power and access to city jails to investigate complaints.

A civilian oversight commissioner, the supervisor and head of the Civilian Oversight Division, would have the authority to take disciplinary action against police and corrections employees.

Also, unions object to how the bill permits “civilian oversight investigators” to go to every scene where an officer or Division of Corrections employee discharges a firearm or applies force resulting in the death or serious injury of a person.

“Here you’ve got this civilian oversight board that’s got subpoena power and the ability to go on scene — that’s unheard of,” Hall says. “And you’ve got this Public Integrity Unit that could possibly do the same thing. And you've got the officers trying to investigate a crime. You could have all three of them at the scene, and there’s no indication who has top billing there.”

ESOP isn’t necessarily against a civilian oversight board, the union said in a statement last week, it’s that the board structure recently approved by Jones is too “broad” and violates state statute.

“We support the idea of transparency,” Hall says. “We just think that what they’ve done here has so many problems, and it’s got to get fixed before it goes into effect.”

The mayor’s office declined to comment on the police unions’ suit — which was filed on the eighth anniversary of the death of Michael Brown on August 9 — but reiterated the intent of the Division of Civilian Oversight.

“Mayor Jones has emphasized that improving public safety requires building trust between police and the community, with accountability being the foundation of that trust — especially eight years after the death of Mike Brown, Jr., and the protests in Ferguson that sparked the formation of [an earlier] Civilian Oversight Board,” the mayor’s statement reads.

ESOP has historically been in favor of police reforms and endorsed Jones in her run for mayor. The union’s former business manager, Heather Taylor, is now the city’s deputy public safety director. She serves under Department of Public Safety Director Dan Isom, who was also active in ESOP.

Under previous leadership, ESOP supported an earlier iteration of the civilian oversight board.

St. Louis had established a Civilian Oversight Board in 2015 to receive and review police complaints, but it was largely ineffective. The board almost always agreed with the police department’s Internal Affairs Division on allegations of police misconduct, and it suffered major delays in receiving materials from police to review officer-involved shootings.

This new board will have more teeth, as long as the lawsuit filed by two unlikely allies proves unsuccessful in court.

If it isn’t, as Mayor Jones said in a Facebook comment to ESOP after its public statement, “... If you’re a good officer, you have nothing to worry about.”