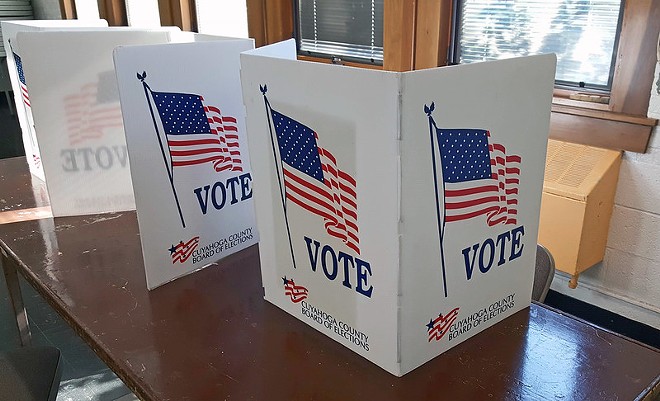 VIA FLICKR/TIM EVANSON
A vehicle backed into a St. Louis church that was being used as a polling site, officials say.

Update 3:04 p.m.: This story has been changed to include more information.

Election workers scrambled to move a north St. Louis city polling site this morning after a man intentionally crashed into a church fence, damaging the building and interrupting voting at a church.

The man went inside Friendly Temple Missionary Church in the Wells-Goodfellow neighborhood after the collision and began yelling threats and "causing a disturbance," police say. He poured water on a poll worker and on voting machines before police officers arrived and took him into custody, according to police.

The 62-year-old, whose name wasn't released, was transported to a hospital for an evaluation.

The change in polling sites affects voters in Ward 22 who would normally vote at the church, which is at 5544 Dr. Martin Luther King Drive.

Voters in precincts one, four, five and eight are now being routed to Pierre Laclede Junior Career Academy, 5821 Kennerly Avenue., which is about a block west.

In an 11:11 a.m. news release, the city Board of Elections says a vehicle backed into the church facility, but they planned to have new site online within an hour.