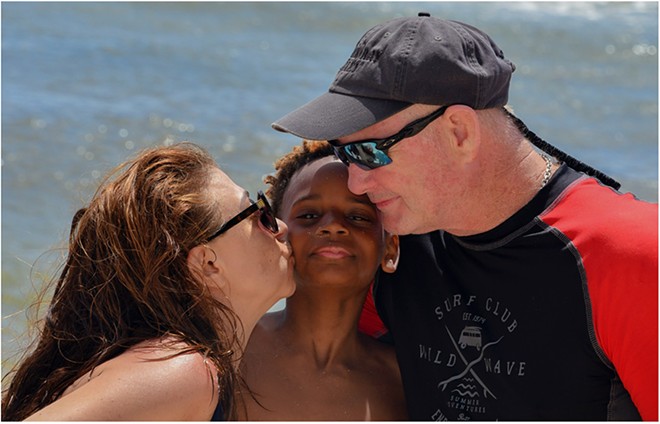 “You should be a mother” was what my own mother said to me the week before she died. I held her thin, weakened hand across the hospital bed and nodded. I was in my early 20s, and children seemed a faraway possibility in an unlikely land that included marriage, mortgages and other such responsibilities.

But over the years, my mother’s words stuck with me. More than a decade later, I found myself married, with a mortgage, and starting to think about adopting a child with my husband, Logan, through the foster system in St. Louis. We took the required courses, received our certification and when the call came one day that a baby had been abandoned in the hospital and needed a home, we rushed to the neonatal intensive care unit and found a tiny human asleep in a blanket. We stared at his pinched face and full head of hair and immediately agreed to take him home.

Adoption has been a journey. One that is somewhat unique because it is interracial — my son, Vincent, is Black, and my husband and I are white. It is hard to come up with recent, relevant statistics on interracial adoptions in the U.S. Statista Research has composite statistics on the ethnicities of adopted children in recent years, and from this, we know that 17 percent of all adopted children were categorized as Black or African American. But the same agency does not report demographic information on the adoptive parents, so it is impossible to know how many of the total adoptions reported are interracial.

Another study dating back to 2007 found that over 40 percent of adopted children nationwide were of a different race, culture or ethnicity than their adoptive parents. Though this seems high, note that only 2 percent of American households have actually adopted, so even if 40 percent of those are intercultural, the final numbers still only constitute a small proportion of the overall U.S. population. That said, there is anecdotal evidence, from the proliferation of support groups and websites to be found on the topic, that interracial adoption may be increasing.

As the white mother of an adopted Black son, I can report that our familial experience feels uncommon, though not completely isolated. We do not get outright stares, as I’ve been told used to happen in earlier decades to families like ours, but we do often get double-takes, confusion, and profoundly ignorant questions from all categories of people: young, old, women, men, white, Black or biracial.

Recently, for spring break, Logan, Vincent and I got on a plane to take our first vacation in more than two years. We were excited to travel somewhere warm and sunny, and Vincent, now 12, boarded the plane and quickly claimed the middle seat of our row, between his father and myself. When the stewardess came down the aisle shutting the overhead bins and checking the floor for in-the-way bags, she stopped abruptly at our row and with pointed finger asked, “Is he with you?”

I was certain she wouldn’t have asked that question had we all been the same color. I replied that yes, we were together, and the stewardess moved on without another word. This was a small incident at the start of an otherwise lovely vacation, but the point is that what happened — this questioning of our belonging to each other, my Black son and his white parents — isn’t uncommon, and as Vincent gets older, he’s noticing it.

In elementary school, Vincent was taunted with the epithet “orphan-boy” after we picked him up from aftercare, and the children there didn’t believe we could possibly be his parents. A few years later, I took Vincent to a pediatric dentist in Clayton but never made it past the receptionist. Before she would let us see the doctor, she insisted I prove that my son was my own — as if white women were stealing unaccompanied Black children around St. Louis and taking them for free dental care. More than once, with Vincent standing within earshot, I’ve been asked if I had any real children, too.

Such incidents have to be affecting my son. I have by now gotten the usual, “You’re not my mother!” that all adoptive parents get at some point in their lives when their children are upset and trying to win an argument. But Logan and I also sometimes hear, “You don’t know what it’s like to be Black!” usually said by my son in a desperate attempt to avoid bedtime. I tell him that he is right, I do not know what it is like to be Black, but he still has to go to bed at a decent time on a school night.

Vincent was not given the choice of staying with his birth parents. For better, or for worse, he ended up with us. While I know it would make my own mother enormously joyous to see the grandson that is now part of our family, I can’t but help feel a simultaneous twinge of guilt for the absence of Vincent’s first, original mother. An adoptive mother’s enormous gift is a birth mother’s outsized loss.

Late at night, when I can’t sleep due to thoughts such as these, I get out of bed, make a cup of coffee, and sit down at my desk to write out the thoughts crowding my mind. Over the last couple of years, I’ve put these cathartic explorations into narrative form that has become a semi-autobiographical novel titled Seeking Forgiveness. I am serializing the book with Before Ferguson Beyond Ferguson, a nonprofit racial equity storytelling project.

Seeking Forgiveness is written from the perspective of an adoptive mother trying to understand the dynamics of her nontraditional family. The format is fiction in order to protect the privacy of my son. His history is his story, so many of the details around the specifics of Vincent (his birth and birth mother, for example) have been changed. While the novel is approximately 75 percent fact and 25 percent fiction, it is 100 percent heartfelt. The book's emotional tenor is derived from the experience of interracial adoption in St Louis today, from the perspective of a white mother, who adopts a Black son, and has no idea what the hell she is doing.

Read Seeking Forgiveness on the Before Ferguson Beyond Ferguson website. 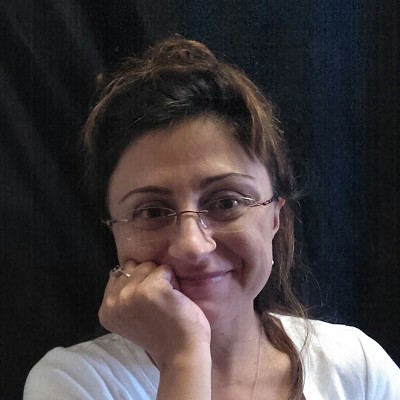 Lea-Rachel Kosnik holds a doctorate in economics from UCLA and since 2004 has been a professor of economics at the University of Missouri St. Louis.
More
Scroll to read more St. Louis Metro News articles (1)
Join the Riverfront Times Press Club