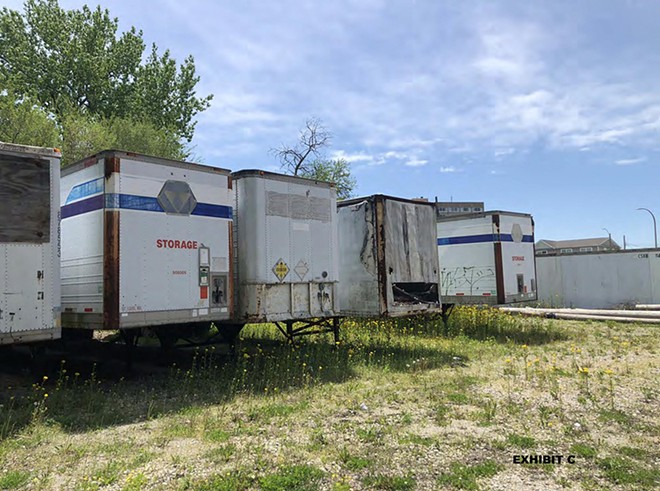 Residents of Hyde Park have complained for years about a local business that they say creates eyesores and environmental hazards. Now, they're taking their complaints to court.

In a lawsuit filed on behalf of the Hyde Park Neighborhood Association, residents say the owners of Shreve's Engine Rebuilders violate St. Louis City ordinances and state environmental laws by mishandling industrial waste and toxic chemicals. They also allege business owners Kathleen and Robert Shreves dump tires, vehicle parts and other “junk” on neglected residential properties, which they claim diminishes the value of nearby homes.

“With this lawsuit, Hyde Park wants it to be known that this community will no longer tolerate this type of conduct,” says Fatimah Muhammad, chair of Hyde Park Neighborhood Association.

Muhammad and Donna Lindsay, treasurer of Hyde Park Neighborhood Association, are the plaintiffs behind the suit. They both own property near the Shreves' properties.

“Hyde Park is on the cusp of a historic comeback, and these nuisance properties are doing us no favors in attracting new residents and businesses to this community,” Lindsay said in a statement provided by her lawyers. “They contribute to unlawful behavior and reduce neighboring property values.”

In the suit, Muhammad and Lindsay argue unsecured trailers stored on several properties are “used by children for playing” and “drug dealers and other criminals to operate their criminal business.” They also say the Shreves dispose of large piles of auto parts, tires and other junk on properties in violation of city code.

Chuck Billings, lawyer for the Shreves, says his clients are aware that some properties need to be cleaned up. But other than the two complainants, Billings claims the Shreves get along with their neighbors.

“Not to say there’s not room for improvement – there always is – but they want to be good neighbors,” Billings says.

Muhammad and Lindsay seek compensation for attorney’s fees and loss of property value as well as an injunction that would require the Shreves to remove the alleged nuisances.