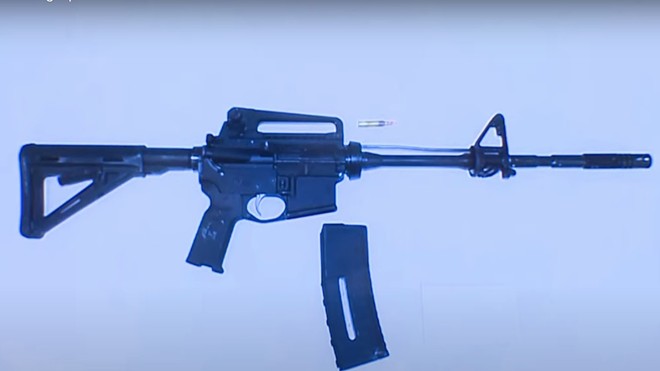 The shooter suspected of murdering a teacher and a student at Central Visual and Performing Arts High School on Monday attempted to buy a gun from a licensed dealer earlier this month.

St. Louis Police say on October 8 that 19-year-old Orlando Harris tried to purchase a firearm from a dealer in St. Charles, but an FBI background check blocked the sale.

However, Harris was able to successfully purchase the AR-15 rifle he used Monday from a private seller, who purchased the weapon from a federally licensed dealer in December 2020.

According to police, there is no existing law that would have prevented the private sale.

In addition, Missouri has no red flag law, meaning police here would have had no authority to seize Harris' rifle.

Harris' mother called police on October 15, wanting the gun out of her house, according to St. Louis Interim Police Commissioner Mike Sack.

The gun ended up in the possession of someone who knew the Harris family. Though Harris was still legally allowed to keep it, per Missouri law.

It's not yet clear how the gun came into Harris' possession a second time. He entered his former high school with it Monday along with 600 rounds of ammunition.