Prinshun McClain took the stand in his own defense, saying he did not commit two of the three murders he's accused of 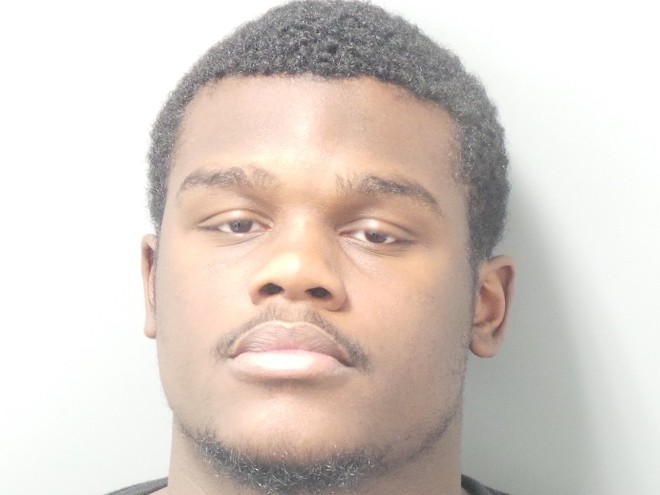 
Yesterday, on the third day of the triple murder trial of Prinshun McClain, looks of disbelief came across the faces of many in the courtroom when the 19-year-old defendant announced he'd be taking the stand in his own defense.

McClain is accused of murdering 26-year-old aspiring actress Victoria Manisco on the night of August 10, 2021, in the Carondelet neighborhood after stalking her as she travelled home on via a city bus.

The following morning, in the Fairground neighborhood, he allegedly tied up and murdered Terri Bankhead, 27, and her 8-year-old daughter Da'Nilya Edwards, who lived on the second floor of the two-family flat above where McClain was living with his grandmother.

On the stand, McClain admitted to it being him on Ring doorbell camera footage from the area where Manisco was killed.

He also admitted to shooting Manisco, testifying that he had followed her from the bus to her home in Carondelet. He said that he intended to merely rob her, but his gun accidentally went off. He insisted the killing was an accident, the result of a robbery gone wrong.

McClain also confirmed Manisco told him, “Don’t do this.”

Assistant Circuit Attorney Natalia Ogurkiewicz pointed out that the .45 caliber pistol used in the shooting had an exceptionally strong kickback and trigger weight, making it even harder to fire accidentally than a typical gun.

McClain said that the next morning he gave the gun to his brother, and that he, McClain, had nothing to do with the killing of Bankhead and Edwards.

The murder weapon was recovered by police with both Bankhead and McClain's DNA on it.

In closing arguments today, Ogurkiewicz called McClain's version of events "incredibly imaginative" and "preposterous." She told the jury that McClain had shown "not a shard of remorse or emotion."

McClain had no connections to any of the victims beyond his grandmother's residency.

McClain's alleged motive, according to Ogurkiewicz, was a desire to stalk, prey on and execute women "for sport."

She pointed to messages and Google search history recovered from McClain's phone. Weeks before tying up Edwards and Bankhead, McClain had searched on Google for "zip ties."

Ogurkiewicz also highlighted McClain's criminal history, which included violence toward a female victim. He had previously been convicted of a stealing charge for taking a woman’s phone.

But the probable cause statement from that incident says that McClain grabbed the woman’s hair and punched her in the head before forcibly taking her phone. This took place at a MetroLink Station.

In court, Ogurkiewicz said that McClain had been hitting on the victim, and when his advances were rebuffed, he forcibly took her phone.

McClain was not given a psychological evaluation prior to his trial.

A source familiar with the case said that information pulled from McClain's phone indicated he spent an unusual amount of time on it on the internet, beyond even the usual for a smartphone-obsessed young adult. Much of this time was spent sending women messages described as “creepy.” He also searched "how to know if you have crabs" as well as for information related to penile enlargement.

In his closing argument this morning, public defender Lucas Cusack said that McClain was guilty of felony murder, not murder in the first degree.

He stressed to the jury that it is the "quality of evidence that matters, not quantity."

He said that McClain had given the jury the "hard and ugly truth" in his testimony when he admitted to wanting to rob Manisco and then accidentally shooting her.

In the last minutes of closing arguments, Ogurkiewicz returned to the randomness of McClain's victims, who Ogurkiewicz says he chose for no reason other than were females who were vulnerable at the time McClain encountered them.

The jury is currently out for deliberation.

CORRECTION: A previous version of this story misstated the neighborhood where the killings of Bankhead and Edwards occurred.