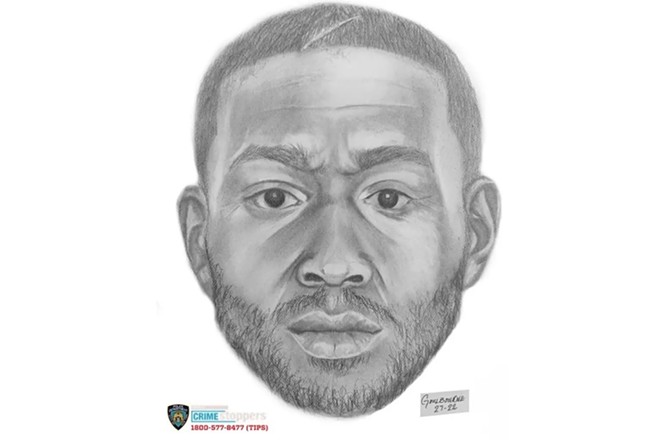 NYPD
A sketch of the man who allegedly attacked a St. Louis woman in NYC.

A 21-year-old St. Louis woman who was visiting New York City was raped on a subway platform by a man who offered to show her around, police say.

According to PIX11 Evening News, the attack happened in the early hours of September 3. The woman, whose name has not been released, was approached by a man at the 42nd Street – Port Authority Bus Terminal station on the A/C/E lines in Midtown Manhattan.

It was around 3 a.m., and the man got on the train with the woman and rode with her to other subway stations, according to police. After they disembarked, the man led the woman to the end of the platform, where he allegedly raped her. It's not clear what station they were at.

First responders took the woman to the hospital. Police are searching for leads and have released a sketch of the alleged perpetrator.

According to the New York Post, the man was last seen wearing burgundy and gold shorts and black-and-white Croc shoes.