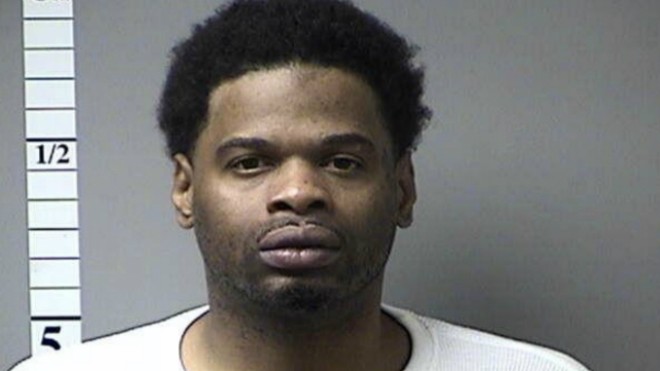 An armed St. Peters man beat his pregnant girlfriend, held her against her will and forced her to drink toilet water mixed with bleach, authorities say.

Ronnie Howard, 41, was charged on Thursday with kidnapping, domestic assault and unlawful use of a weapon.

St. Peters police say the twenty-year-old woman called a relative on Wednesday using FaceTime and told her Howard had attacked her. On the video call, the relative could see the woman's face was scratched and one of her front teeth was chipped so she called another person, who called police.

But finding the woman wasn't easy. She had recently moved to St. Peters, and her family didn't know the exact address. When a relative called back, with a St. Peters officer listening, Howard grew angry, police say.

"Bitch, stop calling my number before I put a bullet in her head," Howard said, according to police.

The woman told her relative that Howard made her drink bleach, punched her in the head, cracked her tooth and put a gun to her head and cocked it, according to a probable cause statement. He allegedly took her phone away after that.

Police began "pinging" Howard's phone — a method of tracing the location — and tracked him to a Walmart on Jungermann Road. St. Peters officers passed the information to St. Charles County police, who responded to the store. Witnesses told officers that Howard ran north after spotting police.

St. Charles cops took him into custody near the store, and the woman was taken by ambulance to Mercy Hospital. At the hospital, she told a St. Peters detective that Howard had been abusing her for months and she was scared of what he would do if she tried to leave him.

She told the detective Howard had repeatedly threatened to kill her.

When police interviewed Howard, he claimed he didn't own a gun and had never abused the woman. He said her dad had called, threatening to kill him for dating his daughter. After that phone call, Howard told police, he and the woman went to Walmart to buy things for the baby. He claimed the woman's family made up the story about him forcing her to drink bleach.

But police say a search of woman's apartment supported her story and poked holes in Howard's. The St. Peters detective wrote in his report that he found the gun the woman said Howard used to threaten her as well as a September 2019 receipt in Howard's name for a second gun.

Police also noted water in the toilet was blue from cleaning chemicals, matching what the woman had told them.

Howard was jailed on $300,000 cash-only bail. Police noted he has a long criminal history out of state for kidnapping, assault by strangulation, assault with a deadly weapon, assault with a firearm and stealing a motor vehicle.